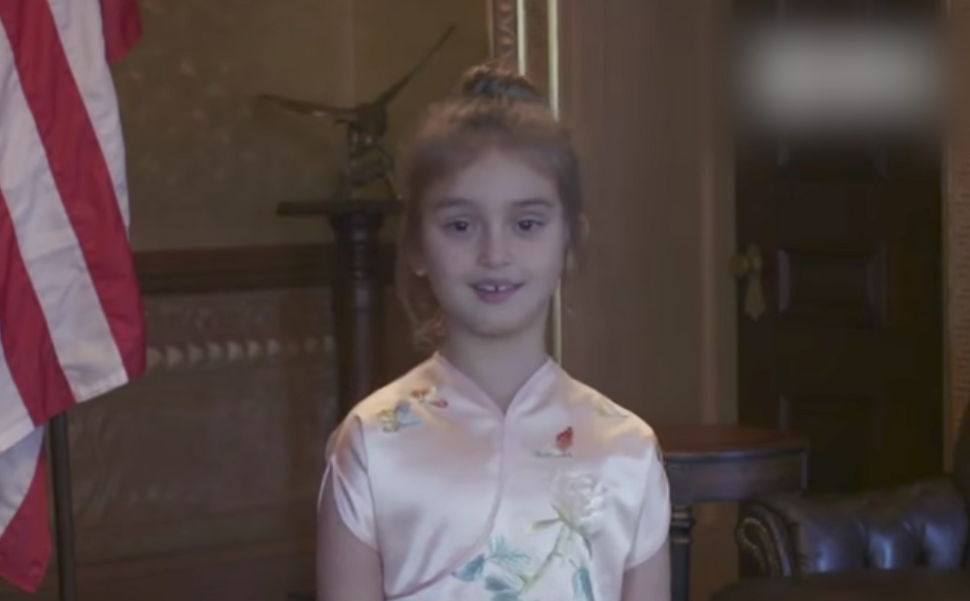 Big In China: Six-year-old Arabella Kushner has become a star in the People’s Republic because of her love of singing in Mandarin. Image by YouTube

Six-year-old Arabella Kushner is big in China—and her grandfather, President Trump, is showing her off in diplomatic meetings.

Last year, shortly after Trump’s inauguration, Ivanka Trump posted a video of her daughter singing a song in Mandarin.

The video became an instant hit in China. On Wednesday, President Trump sought to break the ice with his host, Chinese President Xi Jinping, by pulling out a tablet and showing Xi a new video of Arabella, now already 6 years old, performing once again in Mandarin.

Chinese state media reported that Arabella recited classic Chinese literature and sang a song. The song speaks of the Chinese countryside: “The quiet lake is studded with lotus flowers. Golden carps are so big and fat.”

In another part, Arabella sang: “My good mom comes home after work. You must be tired after a full day’s work, please sit down and rest.”

President Xi reportedly gave the young Trump scion an A+ grade for her Mandarin performance.