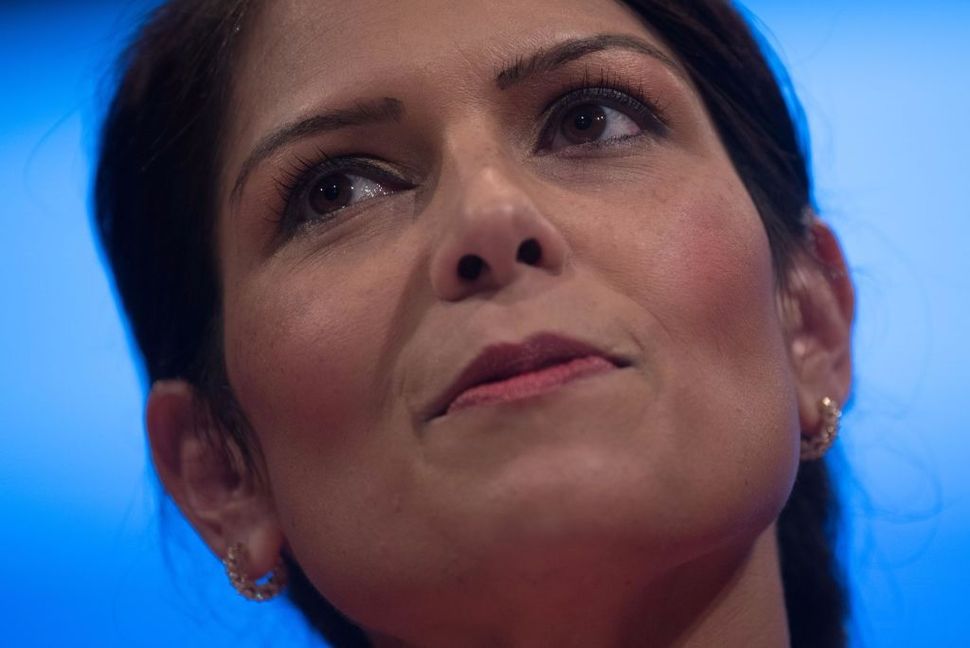 (JTA) — A government minister in the United Kingdom resigned over secret meetings she had in Israel with government officials while on a family vacation there.

Priti Patel, a lawmaker with the ruling Conservative Party, stepped down Wednesday after being called back earlier in the day from an official trip to Africa.

In August, she met with Prime Minister Benjamin Netanyahu and other Israeli officials including politicians, businesses, tech startups and humanitarian NGOs while in Israel on a private vacation.

Prime Minister Theresa May was not aware of the meetings, which were arranged by a Conservative peer, Stuart Polak, who also attended 11 of the 12 meetings. Government ministers are supposed to tell the government when they are conducting official business overseas.

British media had reported that May would fire Patel, the secretary of state for international development, upon her return to London from Africa. Her resignation letter did not mention Israel.

Patel apologized on Monday for not informing the Foreign Office of the unauthorized meetings, and for suggesting that Foreign Secretary Boris Johnson knew about her plans to hold the meetings. Johnson did find out about the meetings, but not in advance of them.

After the Israel visit, Patel suggested that some of Britain’s aid budget go to the Israeli army and inquired if Britain could support Israel’s humanitarian operations for Syrian victims of the country’s civil war.

She was recalled from Africa following questions about two other undisclosed meetings held in September — one with the Israeli public security minister, Gilad Erdan, in Westminster, and the other with an Israeli Foreign Ministry official, Yuval Rotem, in New York.