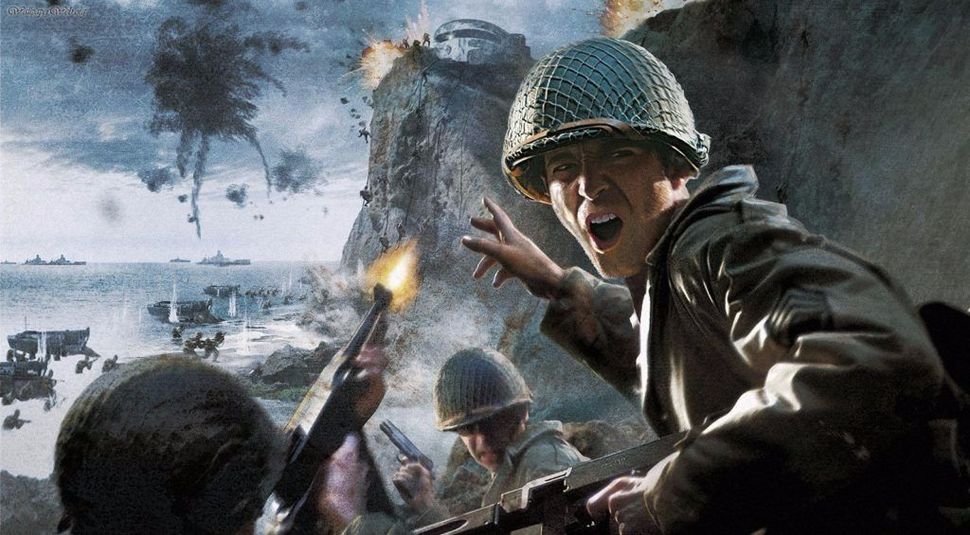 The latest Call of Duty video game, centered on World War II, barely mentions the Holocaust or Jews, Mashable reported. The only reference to the Holocaust is during a 38-second cutscene in which the narrator talks about seeing things that “stayed with me forever.”

“I thought I knew what cruelty was; I didn’t know anything,” the narrator says, as pictures of people in concentration camps are shown in the background.

After the cutscene, the story centers on the protagonists searching a POW camp — the only internment or concentration camp shown during the game.

“It’s such a reductive representation of a moment when an estimated 17 million lives were snuffed out — including roughly two-thirds of Europe’s Jewish population, plus members of other groups deemed as ‘inferior’ by the Nazis,” Adam Rosenberg, a Mashable critic, wrote.

The makers of the game had originally reported in May that they would not “shy away from history” in depicting the Holocaust.

“Call of Duty: WWII had the easiest job in the world — portray Nazis as the ghoulish, racist villains they were — and it came up mind-bogglingly short,” Rosenberg said.