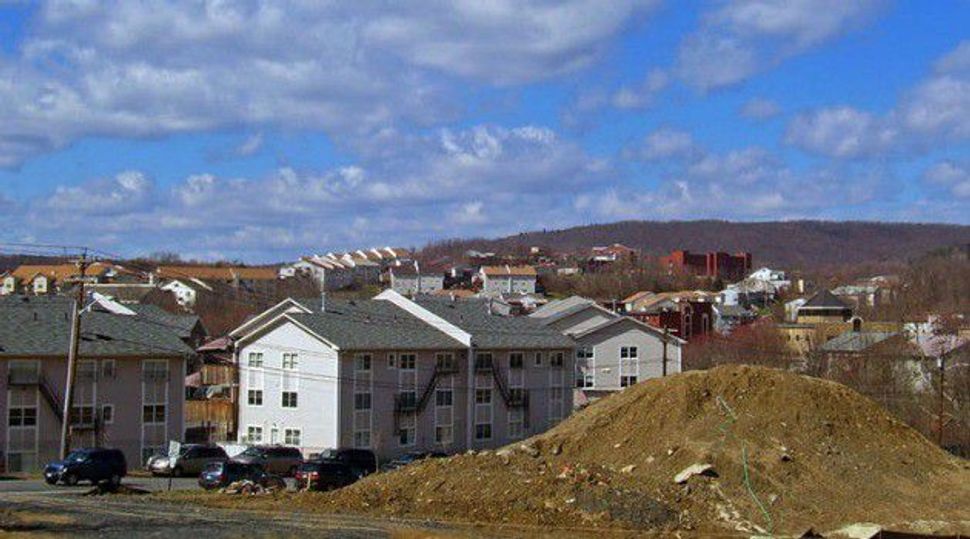 Residents of the New York town of Monroe voted this week to carve out a portion of their town to create a brand new one with an unusual name: Palm Tree.

So why will a village 50 miles north of New York City bear the name of a tropical tree that is particularly ill-suited to the climate?

Palm Tree was created after a many-decade battle between longtime Monroe locals and the residents of the Satmar Hasidic village of Kiryas Joel, which was located within Monroe. As the population of Kiryas Joel exploded, the village government has come into increasing conflict with the rest of Monroe over a wide range of issues.

Palm Tree will finally separate the Satmar Hasidim from the rest of Monroe, creating a new town that encompasses Kiryas Joel and some nearby acreage.

Kiryas Joel is named for Grand Rabbi Joel Teitelbaum, the Satmar Hasidic leader who founded the village. So why Palm Tree? “Teitelbaum,” which is also the last name of Grand Rabbi Aron Teitelbaum, Joel’s nephew and successor in Kiryas Joel, translates from Yiddish as “Date Palm.”

The palm tree has previously served as a logo for Satmar groups in Williamsburg and in Kiryas Joel.