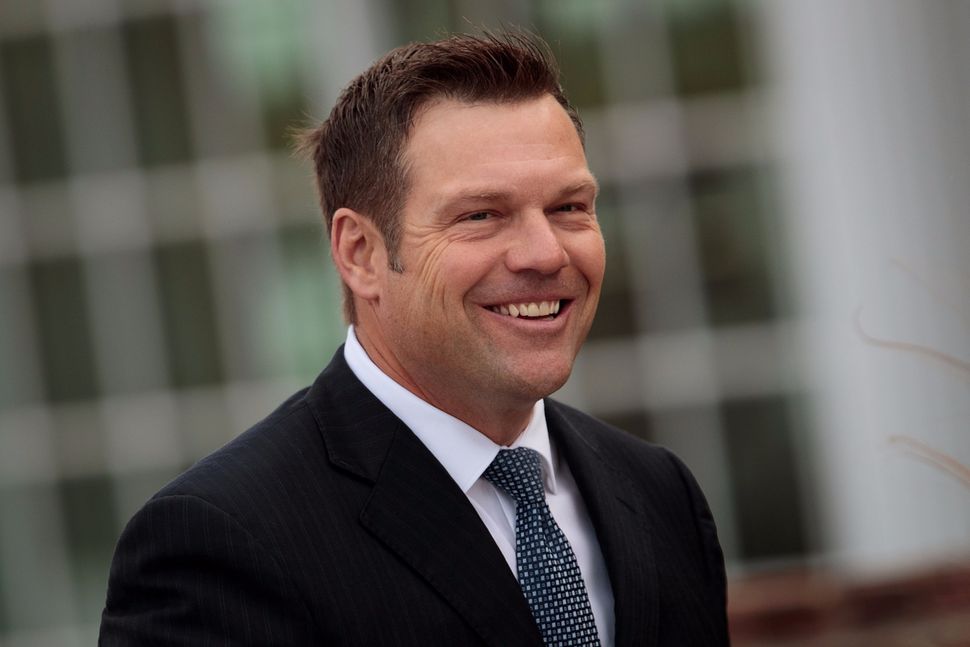 Kansas secretary of state and gubernatorial candidate Kris Kobach posted a photo last week showing him posing with former Trump campaign manager Corey Lewandowski at a Washington, D.C., fundraiser. But what caught the eyes of researchers at the Southern Poverty Law Center was the man standing in the background: Marcus Epstein, a known white supremacist.

The SPLC recounted Epstein’s previous history: He co-founded two racist groups, including one with “alt-right” leader Richard Spencer, and pleaded guilty in 2009 to assaulting an African-American woman.

Epstein’s “appearance at Kobach’s fundraiser is another indication that the Trump era is serving to rehabilitate not only the ideas once relegated to the racist fringe, but also the careers of movement members,” the SPLC wrote. “It also underscores the social and political circles that Kobach has long moved in.”

Kobach is known for his hard-line anti-immigrant positions and serves as vice chair of President Trump’s commission on voter fraud.