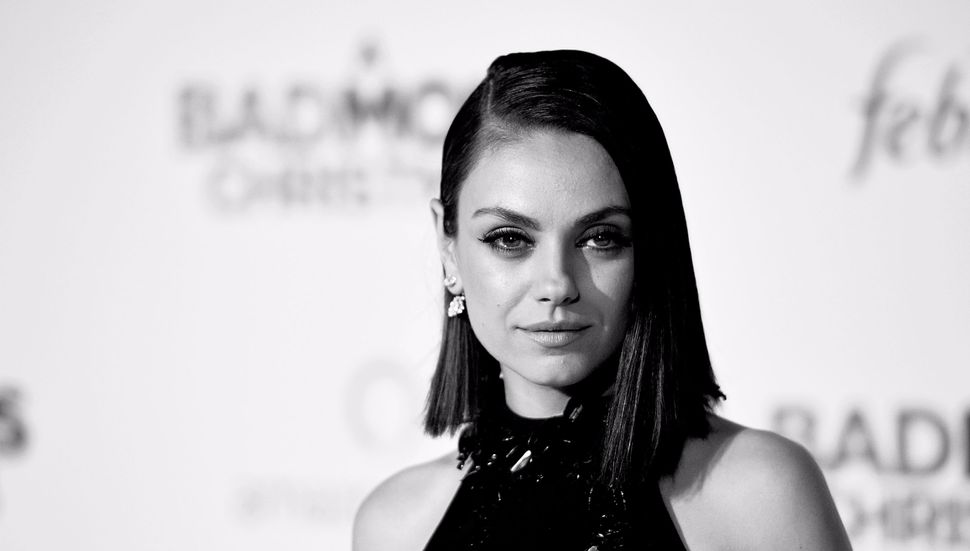 (JTA) — The Hollywood actress Mila Kunis, her parents and husband tried to visit her childhood home in Ukraine but a local who opened the door wouldn’t let them in, she said in an interview.

Kunis, who is Jewish and in 2012 recalled experiencing anti-Semitism in her native Chernivtsi, recalled her August trip there with Ashton Kuchner in an interview published this month in the Net-a-Porter online magazine about fashion. The interview prompted angry and defensive reaction from locals, a Ukrainian news site reported.

Kunis, 34, was with her husband in Budapest, which is situated 375 miles west of Chernivtsi, for the filming of the film “The Spy Who Dumped Me” who suggested she visit Chernivtsi during the trip for the first time since she left Ukraine with her family for the United States in 1991.

“But I was never going to go without my parents. So my parents came to Budapest, then onto Ukraine, and Ashton and I went for one day. It was trippy. There’s a part of you that wants to feel something” towards the place, she said in the interview. But “I had nothing,” she added.

“We went to our [old] house and I knocked on the door because we really wanted to look inside. And [the owner] was like, ‘No!’ She did not care. I said, ‘I used to live here when I was little, my parents are here…’ She wouldn’t even open the door. The whole experience was very humbling,” Kunis said.