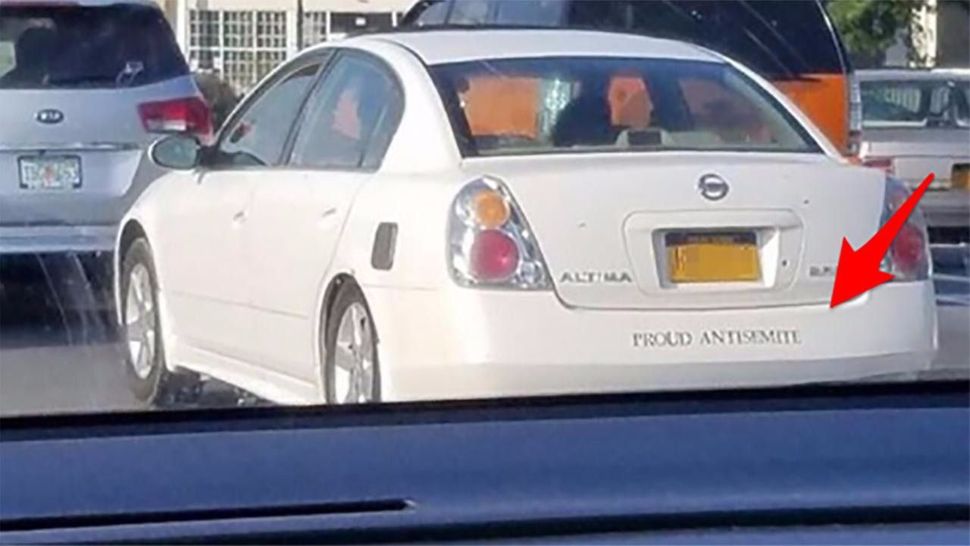 Who would want to label themselves a “proud anti-Semite”? Apparently one driver in Farmingdale, New York — who slapped a bumper sticker on their car to let the world know.

One woman recently spotted the sticker while driving her children home from a Girls Scout event on Route 110 in Long Island, according to a local ABC 7 station.

Authorities say they know the identity of the driver. Citing statistics on a rise in anti-Semitic reports from the Anti-Defamation League, ABC called the bumper sticker a “sign of the times.”