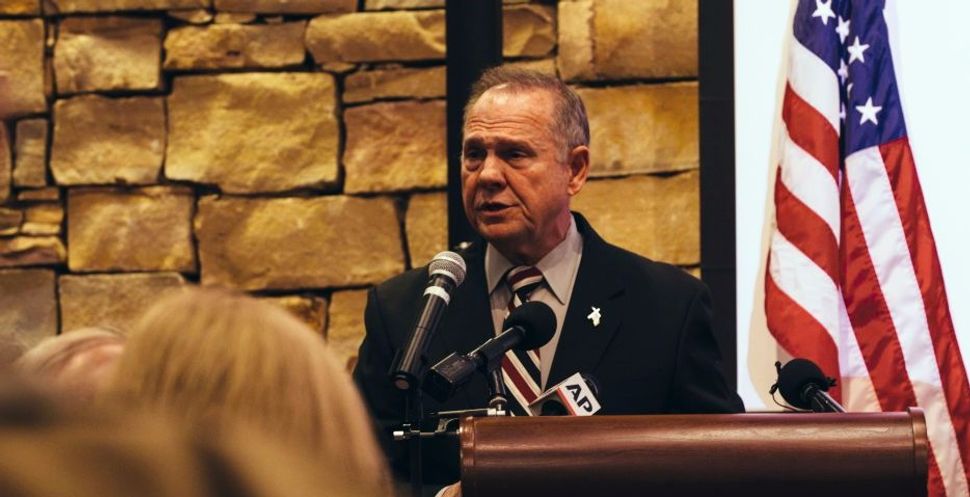 You’d think Aaron Klein would have his hands full covering President Trump’s so-far failed effort to break the deadlock between Israel and the Palestinians.

The Breitbart News Jerusalem bureau chief has been sent down to Dixie to cover the real main event for the right-wing outlet: Roy Moore’s fight for his political life.

Klein filed a screaming “EXCLUSIVE” Sunday datelined Birmingham, Alabama in which he broke the shocking news that woman who accused the Republican Senate candidate of fondling her actually only came forward with her story after a Washington Post reporter asked her about it.

Duh! Just how un-“EXCLUSIVE” was his story — and how much of a non-story is it?

Klein actually debunks his own story by quoting the original Washington Post expose about the allegations. The story says exactly the same thing that he does: That the accuser and three other women only came forward after speaking to a reporter several times.

All were initially reluctant to speak publicly but chose to do so after multiple interviews, saying they thought it was important for people to know about their interactions with Moore.

Maybe it’s time to head back to the Holy Land, Aaron.