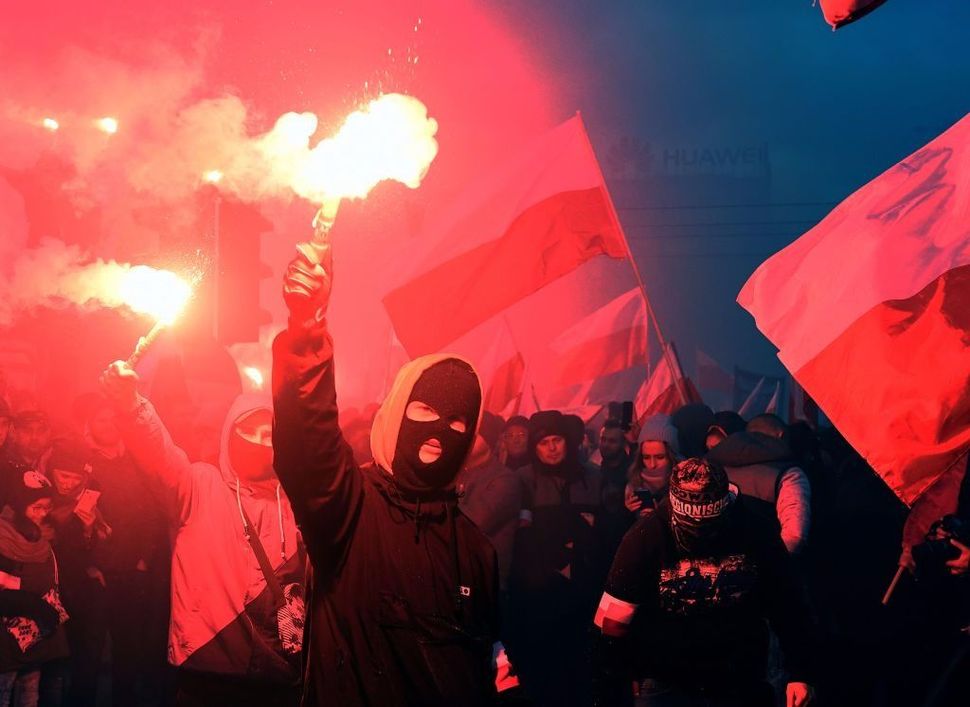 WARSAW, Poland (JTA) — Holocaust commemoration activists in Poland complained to prosecutors that participants shouted “Jews out” and other anti-Semitic slogans at an Independence Day march in Warsaw.

A small minority of the approximately 60,000 people who participated in the annual march Saturday used racist language, Jonny Daniels, founder of the From the Depths group, told JTA Monday, when he filed the complaint.

“Poland cannot allow this to happen,” he said, adding the racists “hijacked” the event organized each year by the Association for Independence March, a local nongovernmental organization that works with city government authorities to produce the event.

From the Depths documented at least one banner reading “pure White blood” at the event, as well as people shouting, “Seig Heil,” and, “Remove Jewry from power,” Daniels said. He asked police to prosecute the alleged offenders, whom From the Depths could not identify but whom Daniels said the government could easily track down.

If charged and convicted of acts of discrimination or incitement to hatred, participants in the march could face up to three years in prison.

Polish Culture Minister Piotr Gliński condemned the slogans and banners mentioning race in a statement. It did not mention the anti-Semitic slogans specifically.