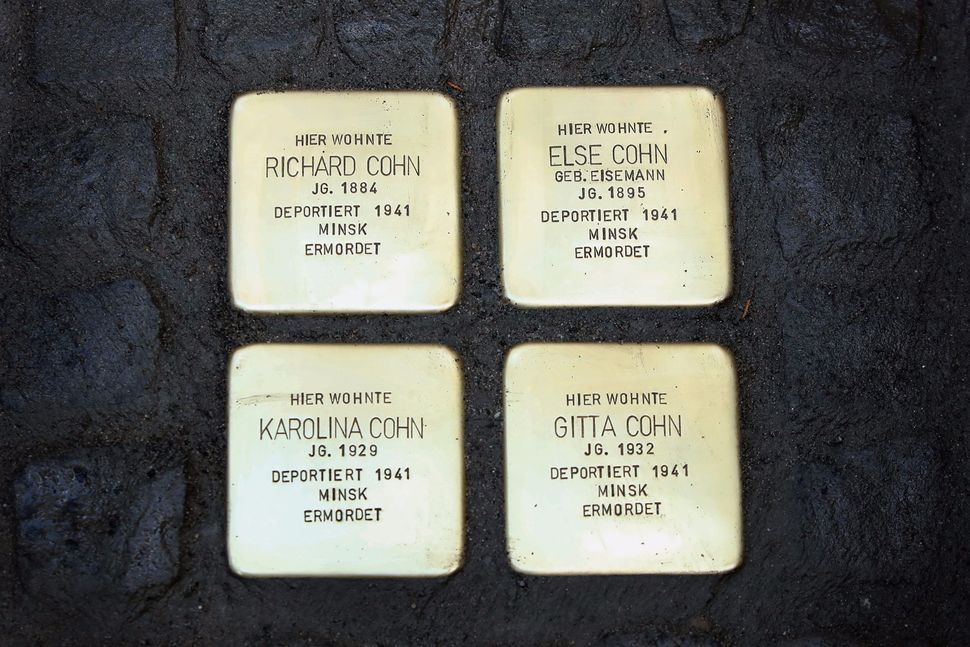 One year after her name was recovered from a silver pendant found at a Nazi death camp in Poland, far-flung relatives of a young Holocaust victim named Karolina Cohn gathered in Frankfurt for the first time to honor her memory.

“It’s a heart-warming emotion to meet family who were strangers to us before today,” Barry Eisemann, a first cousin of the dead girl, told the Associated Press. “But it’s a heart-wrenching emotion … to know that Karolina and the entire family perished in the Holocaust.”

Cohn’s name was lost to history after she was deported from Frankfurt at the age of 12 in November of 1941. Archaeologists found a pendant bearing her name last year. Genealogists then found more than two dozen family members, many of whom met for the first time at the memorial ceremony last week.

Four plaques were placed in the street at the site of Karolina and her family’s onetime home.

Clarification: An early version of this blog post referred to Sobibor as a Polish death camp. Sobibor was a Nazi death camp in German-occupied Poland.