Richard Spencer Has ‘A Face In Need Of A Slap’ 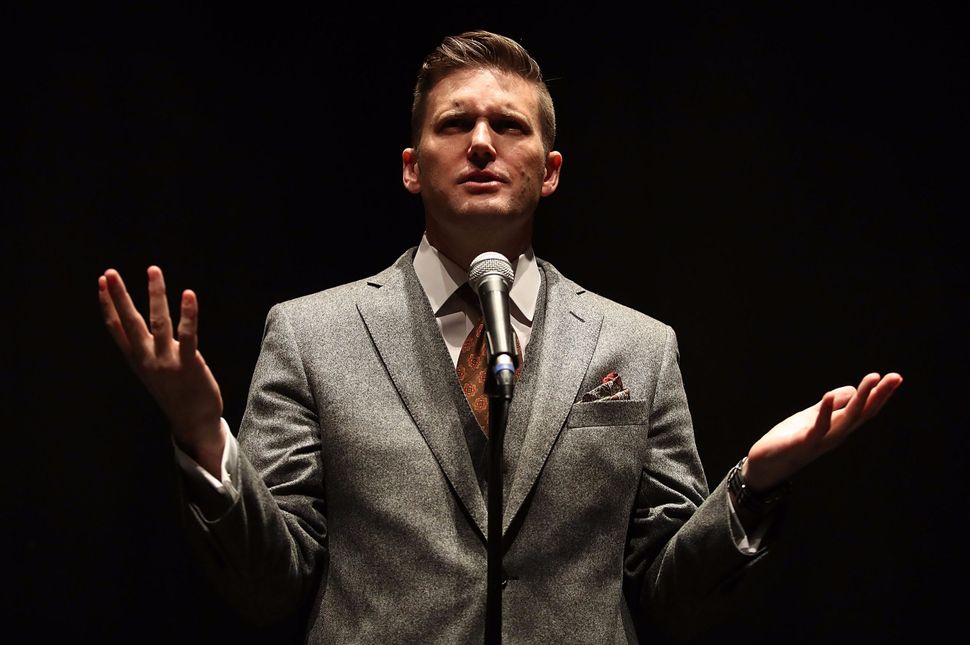 Richard Spencer was a racist, grandstanding, insufferable classmate — but an impeccable German speaker — wrote one woman who spent a summer studying the language with him in Berlin.

Julie Hill, a New Zealander, was one of a number of classmates who grew to find the future “alt-right” leader’s xenophobia so off-putting that they boycotted his speech about Nietzschean philosophy on the last day of class.

“There is a German word that applies well to Spencer: Backpfeifengesicht,” wrote Hill. “It means ‘a face that is crying out for a slap.’”

Hill describes how Spencer initially endeared himself by helping her master complex German tenses — before blowing it by railing against Mexican immigrants. In Hill’s telling, Spencer lost the respect of the entire class (and the teacher) when he suggested that the white lacrosse players accused in 2006 of gang-raping a stripper were innocent because they would not want to have sex with a black woman.

“Our class was composed of people of all ages, from all walks of life, and from all parts of the planet, but if there was one thing that united us, it was that we hated Richard Spencer’s guts,” wrote Hill.

Richard Spencer Has ‘A Face In Need Of A Slap’