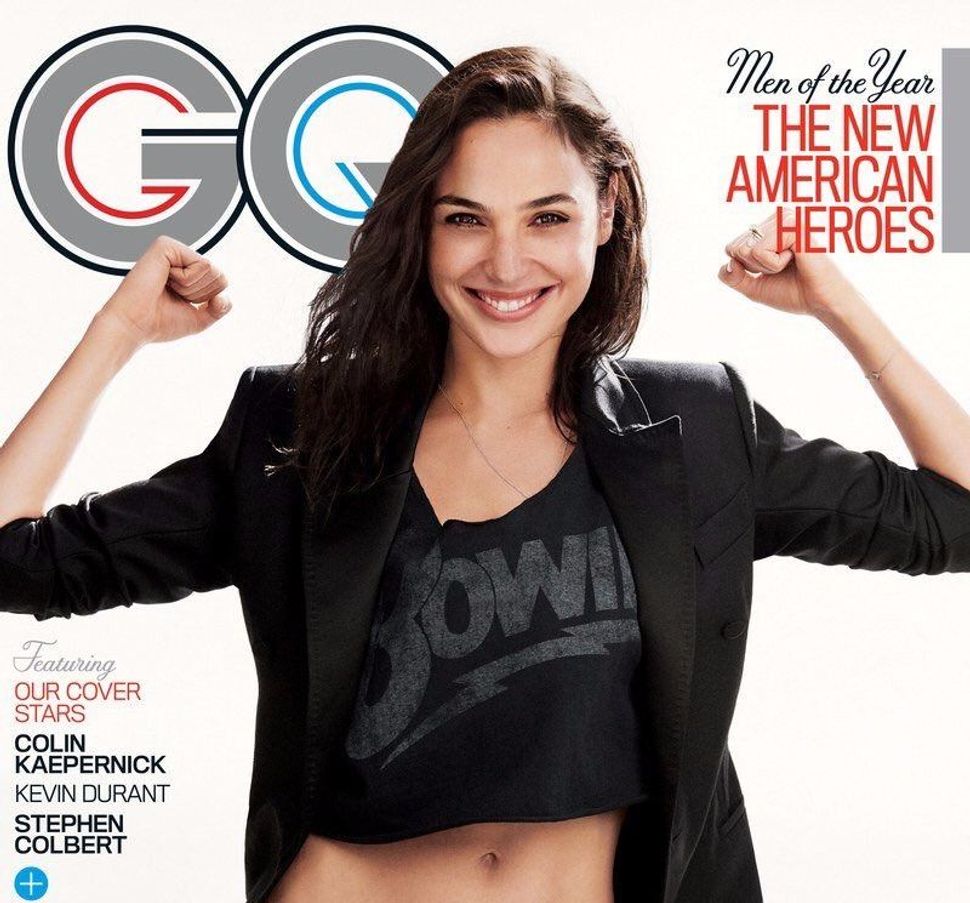 Gadot soared to international celebrity as the star of this year’s “Wonder Woman” blockbuster. Since the release of the movie, which grossed $412 million at the box office worldwide, she has become a household name in the United States and a source of pride for Israelis.

As Woman of the Year, Gadot will appear on the cover of GQ, a New York-based men’s magazine.

The article will be published Wednesday, but the monthly has already posted a teaser on its website, touting Gadot as a former Miss Israel and soldier in that nation’s army, and a “real-life badass.”

Gadot, who has become a feminist icon, signed on to make a “Wonder Woman” sequel. But on Saturday, the Page Six gossip website reported that she was threatening to back out of the role unless producer Bret Ratner is ousted from the project. Ratner is one of many prominent men in Hollywood and elsewhere to be accused of sexual misconduct in recent weeks.