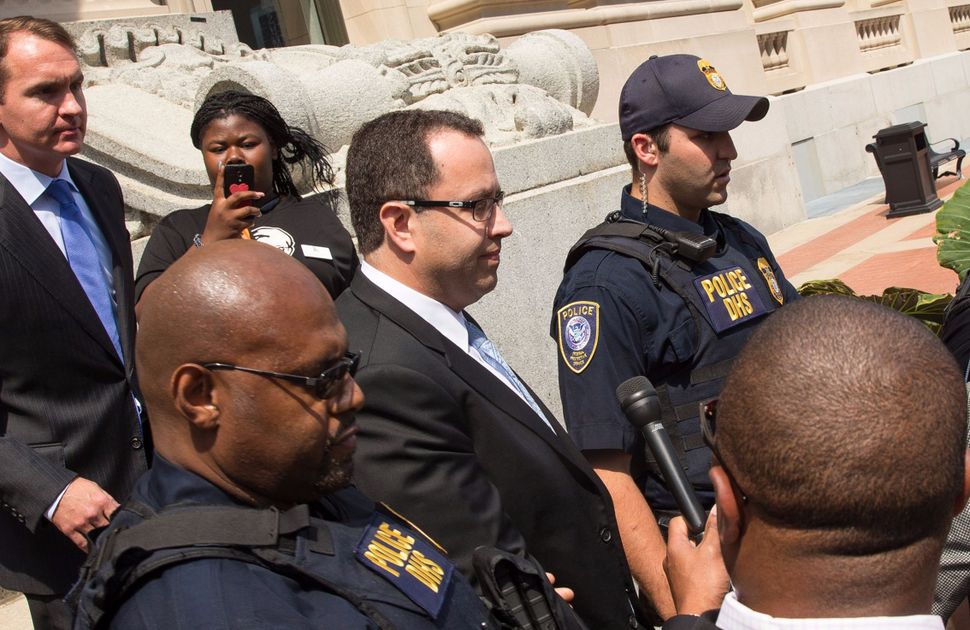 Disgraced Subway pitchman Jared Fogle tried to get a judge to overturn his conviction for child pornography by claiming to have no nationality, Courthouse News reported.

In a motion filed by a fellow inmate at a prison in Colorado, Fogel claimed that the court had no jurisdiction over him because he was a “sovereign citizen” — someone who thinks they are not subject to laws.

A federal judge rejected the claim.

“If Fogle is now claiming to be ‘sovereign,’ the Seventh Circuit has rejected theories of individual sovereignty, immunity from prosecution, and their ilk,” Judge Tanya Pratt wrote. “Regardless of his theory, Fogle’s challenge of this court’s jurisdiction is rejected.”

Fogel pled guilty to charges of distributing child pornography and traveling in the hopes of engaging in sex with a minor. He was sentenced to five and a half years.