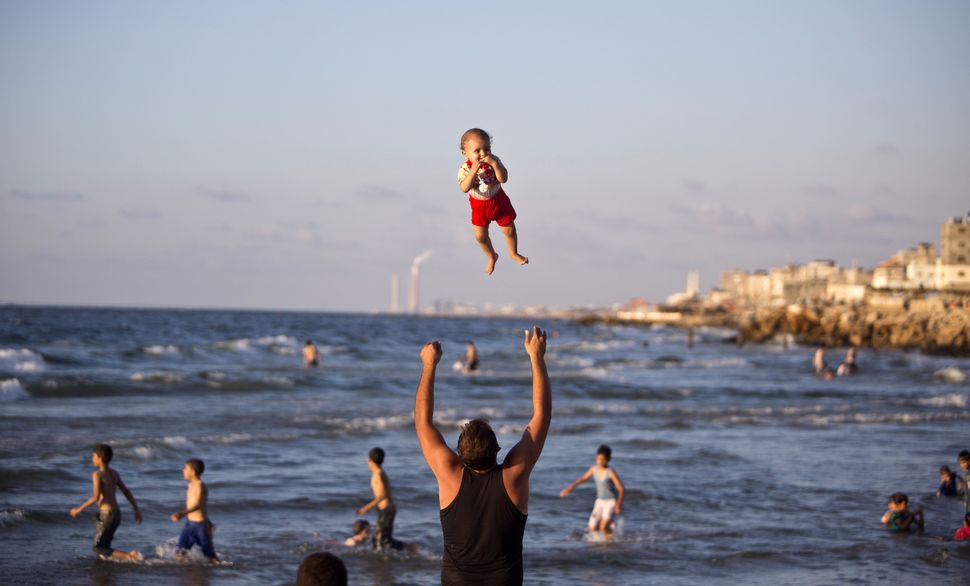 A Palestinian man plays with his baby on a beach in the Gaza Strip. Image by Getty

A new Al Jazeera documentary details how Palestinian prisoners in Israeli jails smuggled semen to their wives in the Gaza Strip in order to have children.

Over 32 babies were born to wives of imprisoned men through in-vitro fertilization between 2012 and 2015, Al Jazeera reported.

Palestinians imprisoned for security violations are not allowed conjugal visits, leaving their families to resort to creative techniques if they induce pregnancy.

Israeli authorities cracked down in 2015 on the smuggling, which had become a symbol of protest. Israeli authorities have also denied identification documents and legal status to babies born with smuggled semen, and deny the children visitation rights with their fathers.

“Just as he managed to get his sperm sample smuggled out of prison, he will also be released,” said one woman who became pregnant with her imprisoned husband’s child. “My dream has come true. Hopefully, it will become even better when my husband is released.”