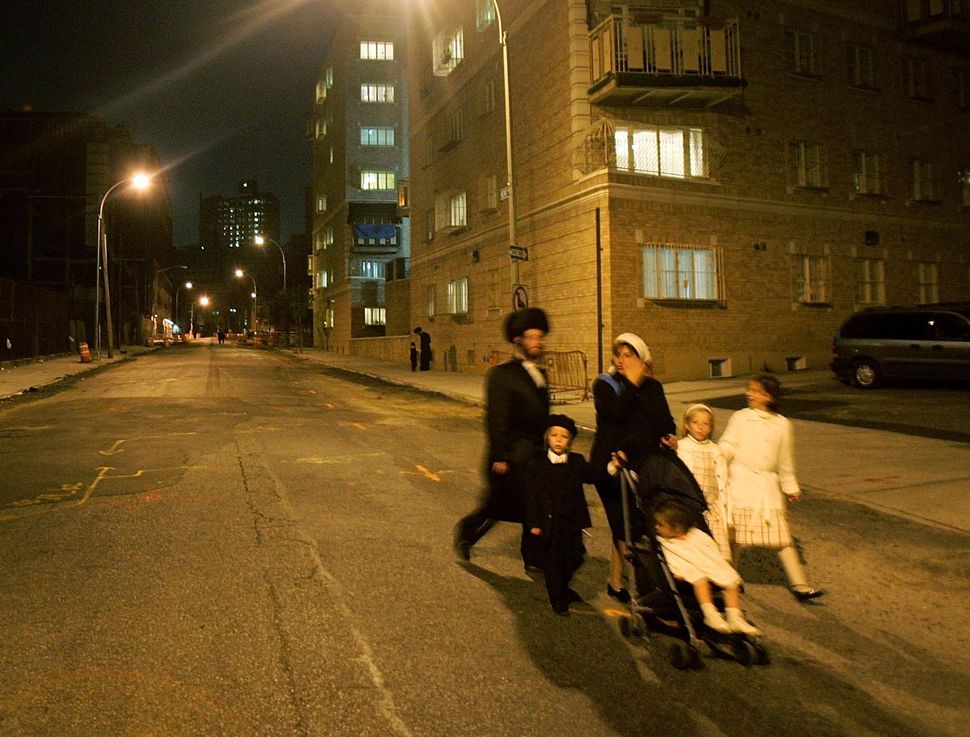 A Hasidic family on Rosh Hashanah in Brooklyn in 2005. Image by Getty

A Hasidic neighborhood in Brooklyn — one that has New York City’s highest concentration of children — has lead poisoning levels three times worse than Flint, Michigan.

Williamsburg has seen thousands of cases of lead poisoning since 2005, Reuters reported

“When I saw the numbers I freaked out,” said Rabbi David Niederman, leader of the United Jewish Organizations of Williamsburg. “The concentration of old housing and the number of children in them are big factors.”

Between 2005 and 2015, over 2,400 children tested at or above the Centers for Disease Control’s safe lead threshold. In one Williamsburg census tract, one fifth of tested children had high lead levels in their blood. A quarter of the population of Hasidic Williamsburg is age five or younger.

The rates of lead poisoning were worse than Flint for the entire period reported on by Reuters.

In recent years, the UJO has orchestrated campaigns in Yiddish to educate Hasidic Jews about the dangers of lead paint. It is not yet clear if the efforts have lead to a decrease in lead levels over the past few years.