Miss Israel And Miss Iraq Pose Together On Instagram 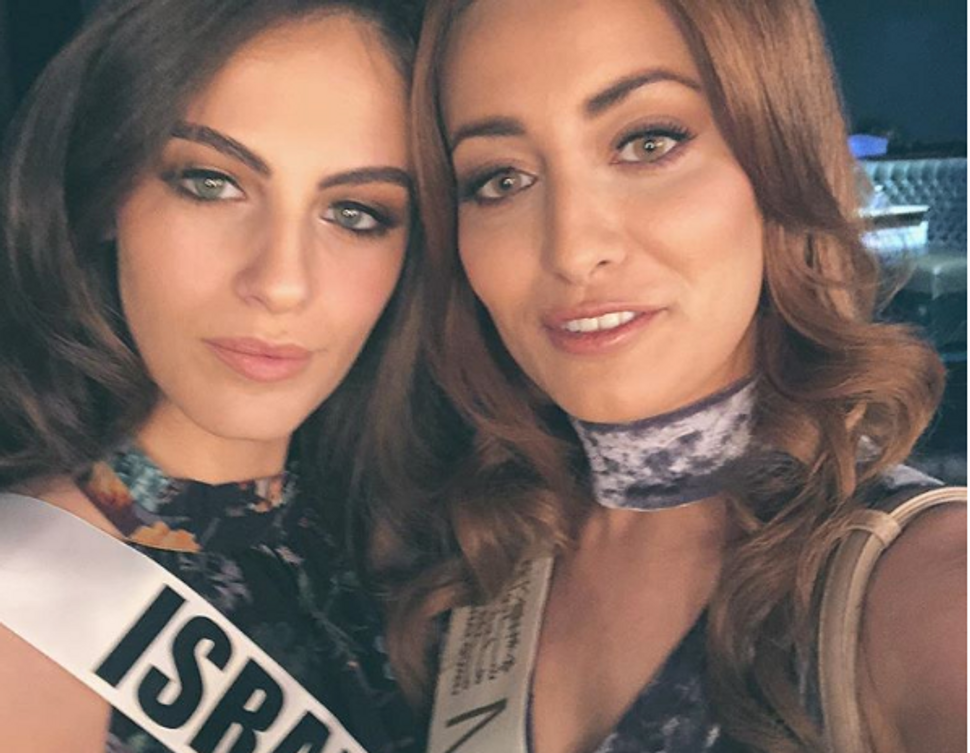 Miss Israel and Miss Iraq pose together. Image by Instagram

(JTA) — Israel and Iraq may not have any formal diplomatic relations, but that didn’t stop two of their beauty queens from cozying up at this year’s Miss International Beauty Pageant.

During the competition in Tokyo on Tuesday, Miss Israel, Adar Gandelsman, and Miss Iraq, Sarah Idan, posed for photos on their respective Instagram accounts. Idan’s caption read: “Peace and Love from Miss Iraq and Miss Israel.”

Idan is courageous — other countries in the region that are hostile to Israel haven’t taken such displays lightly. In 2015, Miss Lebanon Saly Greige faced public backlash and calls to strip her of her title after she appeared in a photo that included Miss Israel Doron Matalon.

“From the first day I arrived at the Miss Universe pageant I was very careful not to take any pictures with Miss Israel, who tried repeatedly to take pictures with me,” Greige wrote after the controversy. “While I was preparing with Miss Slovenia and Miss Japan to get our photograph taken, Miss Israel jumped in and took a selfie with her phone and posted it on social media.”

This past August, then-Miss Lebanon Amanda Hanna was stripped of her title after it was discovered she had traveled in Israel — Lebanese citizens are forbidden by law to visit Israel.

However, The Times of Israel points out that Idan, a 27-year-old born in Baghdad, now lives in the U.S.

Gandelsman and Idan will both participate in the Miss Universe competition in Las Vegas on Nov. 26. Be sure to check your Instagram feed.

Miss Israel And Miss Iraq Pose Together On Instagram