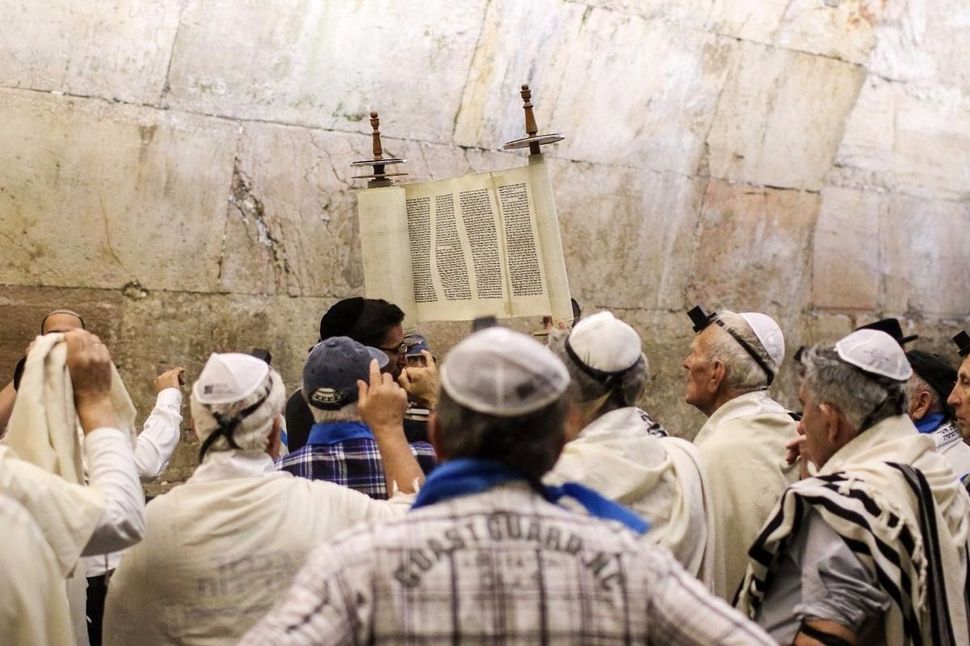 More than 40 Holocaust survivors who were never able to celebrate their bar or bat mitzvahs finally did so last week — at the Western Wall.

The event, coordinated by the Western Wall Heritage Foundation, the International Fellowship of Christians and Jews and Israel’s Office for Social Equality, was welcomed by participants who never got a bar or bat Mitzvah of their own 70 years ago.

“All my life, I felt that I missed it so much. I am so excited and happy,” said Alexander Buchnik, age 87.

Aspir Ravicher, who turned 11 when the war began, recounted her experience in Ukraine. “We ran away with nothing but the clothes we had on us. We had nothing, we were hungry all the time, we lived in a crowded place — I remember that it was mostly cold and I was very hungry…. [A bat mitzvah] was not something we could have done.”

Semyon Liebman, born in St. Petersburg, noted that in the Soviet Union, after the war, “it was forbidden to talk about Judaism or anything about the bar mitzvah, so we did not talk about it at all.”

During the ceremony, men wore tefillin and read from the Torah at the Kotel, while women participated in a separate ceremony under the Western Wall Tunnels. The whole group got a tour of the tunnels under the wall, and a dinner with the Wall’s rabbi, Shmuel Rabinowitz.