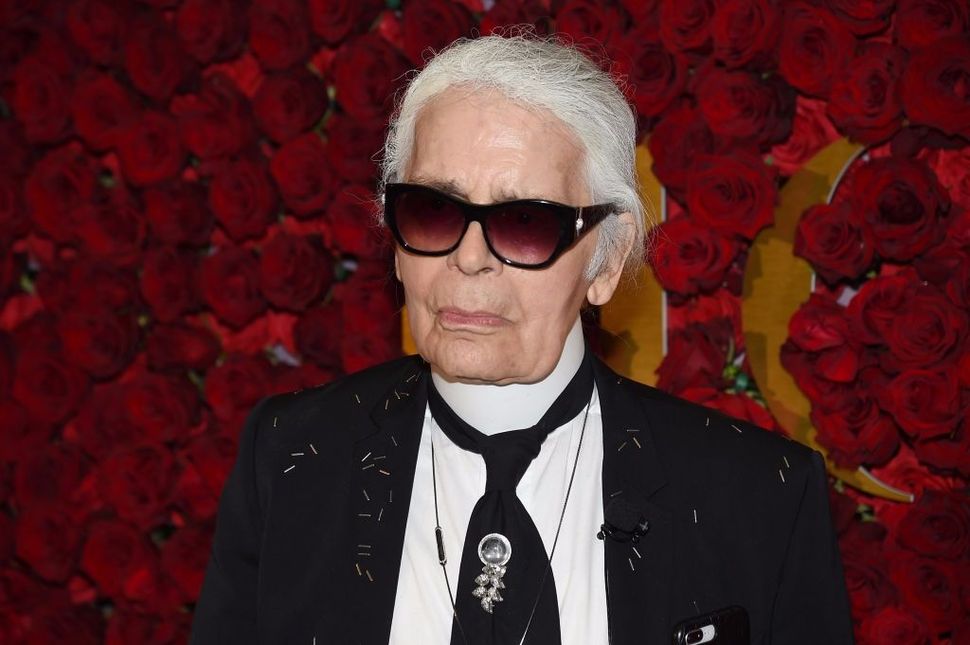 (JTA) — Fashion designer Karl Lagerfeld criticized Germany for welcoming Muslim refugees, saying the country should not take in the Jews’ “worst enemies” given its responsibility for the Holocaust.

Lagerfeld, 80, the chief designer at the Chanel fashion house, made the comments Saturday on a French television talk show.

“One cannot – even if there are decades between them – kill millions of Jews so you can bring millions of their worst enemies in their place,” the 80-year-old Chanel designer told a French television show.

“I know someone in Germany who took a young Syrian and after four days said: ‘The greatest thing Germany invented was the Holocaust.’”

Lagerfeld castigated German Chancellor Angela Merkel for allowing more than a million asylum seekers to enter the country since the 2015 migrant crisis.

France’s media regulator said Monday that it had received several hundred complaints about Largerfeld’s comments. Many others voiced disapproval on social media.

In August 2015, Merkel announced migrants could claim asylum in Germany even if it was not the first safe country they reached. About a million asylum seekers arrived over the next year. After a number of high-profile crimes by refugees, public criticism of Germany’s open border policy grew. In 2016, Merkel tightened the country’s asylum laws and undertook diplomacy to stem the flow of refugees into Germany and Europe in general.

In September, Merket was easily reelected chancellor. But a far-right party also got the third most votes and entered the German parliament for the first time with a platform focused on Islam and migration, and rhetoric tinged with Nazi tropes.