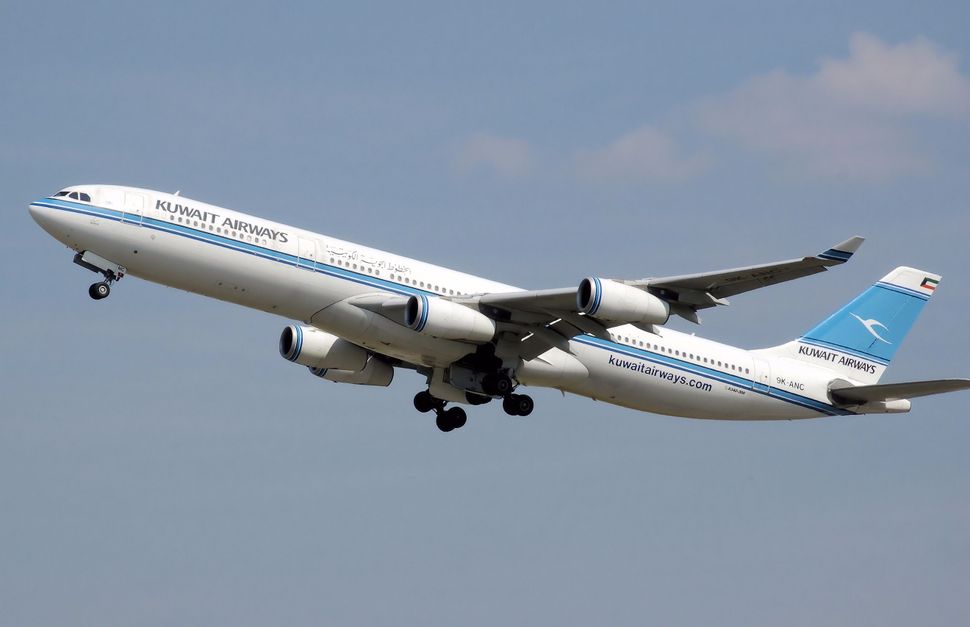 Jewish and political leaders in Germany criticized the ruling handed down Thursday by the district court. The plaintiff, an Israeli student living in Frankfurt, will appeal, his lawyer said.

“This is a shameful ruling for democracy and for Germany,” attorney Nathan Gelbart told the German news agency dpa. “This ruling cannot be allowed to stand.”

The student, identified in court documents as Adar M., had sued the airline over its cancellation of his flight to Bangkok in the summer of 2016. The flight was to originate in Frankfurt with a stopover in Kuwait. When the state-owned airline found out the student’s nationality, it canceled his ticket, referring to a 1964 law that bars any agreements with Israeli citizens.

In rejecting the charges, the court said it was unreasonable to expect an airline to “fulfill a contract if it means going against the laws of its state” and having to face legal consequences at home. The court added that it was not within its jurisdiction to decide whether Kuwaiti law was reasonable.

Deidre Berger, head of the American Jewish Committee’s office in Berlin, told the Bild newspaper that Germany should follow the example of the United States and Switzerland: “If an airline refuses to take Israeli passengers on board, it should not be allowed to operate in Germany,” she said.

In January 2016, Kuwait Airways dropped its 35-year-old route between New York City and London after the U.S. Department of Transportation found the airline was breaking American law by barring passengers based on nationality. The decision followed an appeal by an Israeli citizen against a negative ruling by the department.