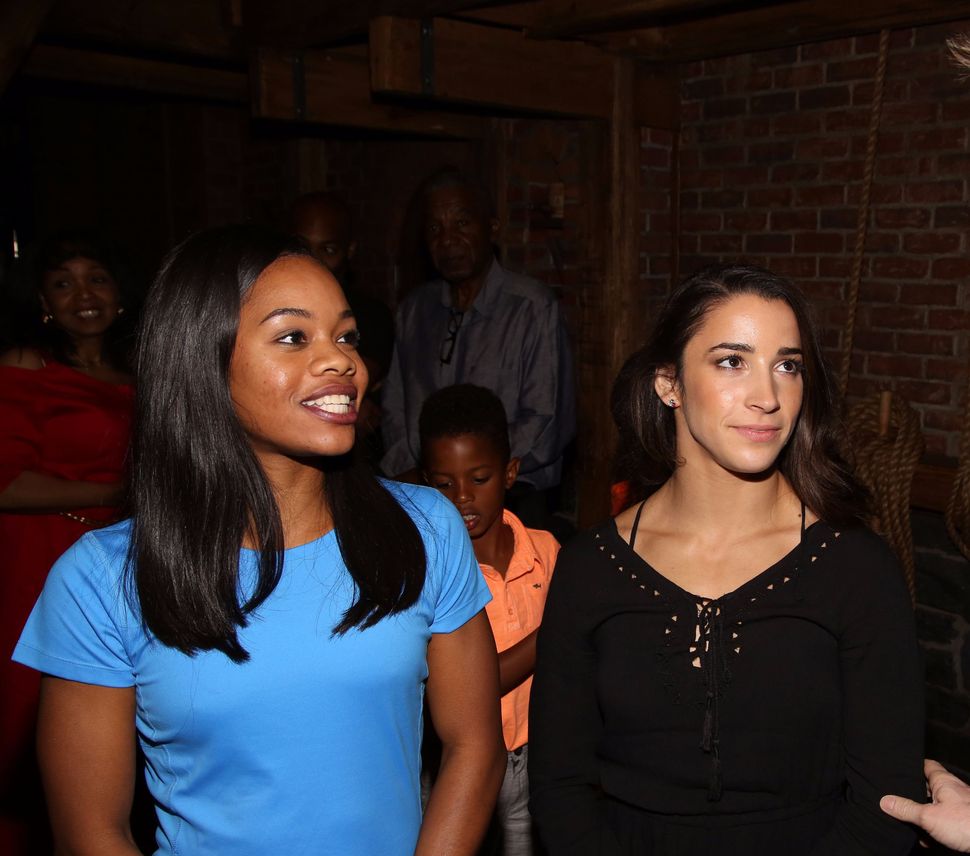 Aly Raisman came under shocking attack from ex-teammate Gabby Douglas, who suggested the Olympics golden girl shared some blame for being sexually abused, because of her “sexy” fashion sense.

Douglas said in a tweet that “dressing in a sexy/provocative way entices the wrong crowd.” She later deleted the message.

Douglas was replying to Raisman’s tweet asking for the public’s help in stamping out sexual abuse.

We are all in this together. If we are going to create change I need all your help. pic.twitter.com/q9d12z0KHn

Raisman recently revealed that she was molested by USA Gymnastics team doctor Larry Nassar, who is accused of abusing scores of young gymnasts.

Douglas later tried to rephrase her remarks to Raisman, but not before a torrent of abuse on social media.