Mexico Says It Will Stop Voting Against Israel At U.N.; Bibi Says ‘Gracias’ 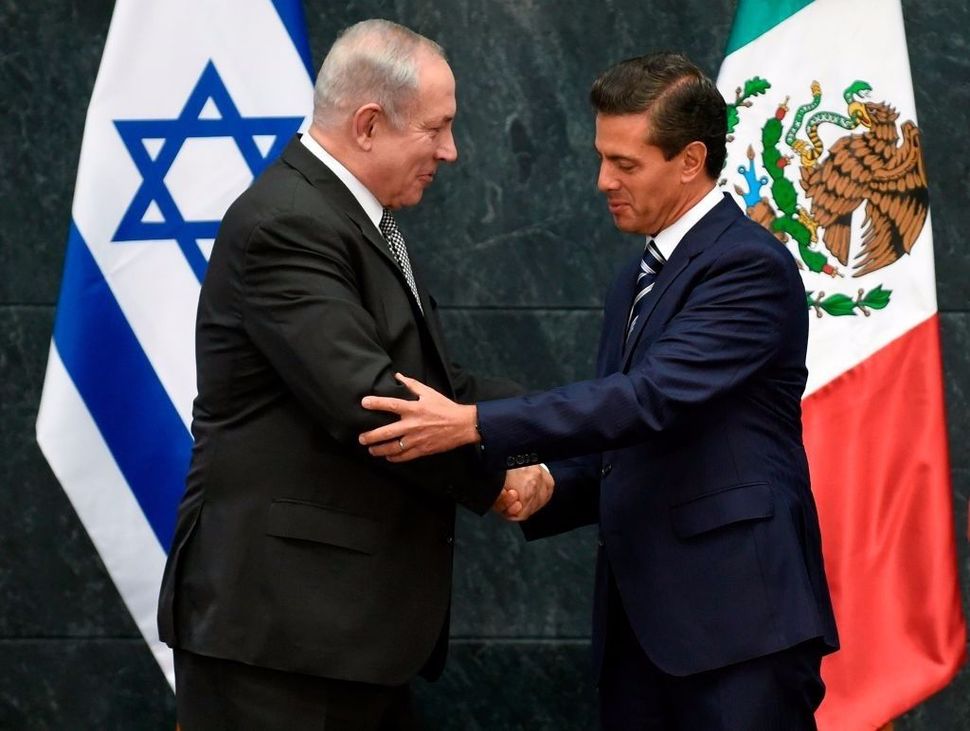 RIO DE JANEIRO (JTA) — Israeli Prime Minister Benjamin Netanyahu tweeted a message of gratitude to Mexico following its announcement that it would not vote against the Jewish state in upcoming votes at the United Nations.

“Thank you President of Mexico @EPN and Secretary of Foreign Affairs Videgaray for refusing to go along with one sided anti-Israel resolutions at the UN. Deeply value your friendship,” Netanyahu tweeted last week. EPN stands for Enrique Pena Neito, Mexico’s president.

In mid-September, Netanyahu became the first sitting Israeli prime minister to visit countries in Latin America. He met with Pena Nieto in Mexico City and signed several agreements that bolster the ties and cooperation between the two countries.

The relationship between the nations had been strained earlier this year by a tweet in which Netanyahu seemed to praise U.S. President Trump’s plans to build a wall on the Mexican border. Israeli President Reuven Rivlin later issued a statement apologizing for any misunderstanding.

In October, Mexico’s former UNESCO ambassador, who was fired last year for walking out of a vote on an anti-Israel resolution effectively denying Jewish ties to Jerusalem, was honored in Los Angeles. Andres Roemer received the Guardian of Truth and History Award from StandWithUs during a ceremony held Friday in Los Angeles, reported the Milenio news website.

Mexico Says It Will Stop Voting Against Israel At U.N.; Bibi Says ‘Gracias’