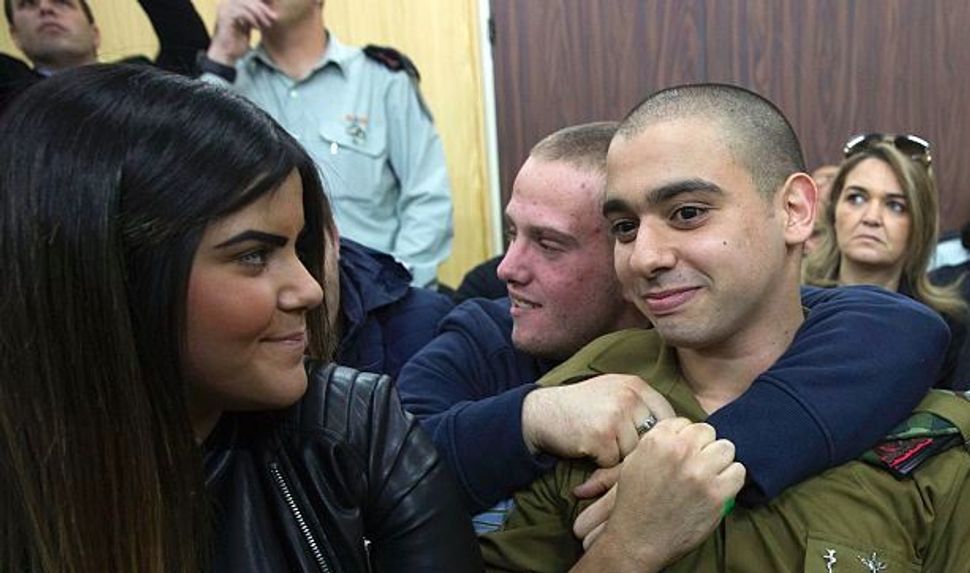 JERUSALEM (JTA) — Israel’s President Reuven Rivlin rejected a request to pardon a former Israeli soldier convicted of shooting and killing an injured Palestinian terrorist as he lay on the ground.

Rivlin rejected the request to pardon jailed soldier Elor Azaria, who is serving a reduced sentence of 14 months in prison for the murder.

In his decision not to grant a pardon to Azaria, who has expressed no remorse for his actions, Rivlin noted that the military court sentenced him leniently after taking issues raised by Azaria also in his pardon request into account, and passed a lighter sentence, one that was further shortened by IDF Chief of Staff Gadi Eisenkot.

A medic in the elite Kfir Brigade, Azaria came on the scene following a Palestinian stabbing attack on soldiers in the West Bank city of Hebron on March 24, 2016. One assailant was killed and another, Abdel Fattah al-Sharif, was injured. Minutes later, while Sharif was lying on the ground, Azaria shot him in the head. The shooting was captured on video by a local affiliate of the Israeli human rights group B’Tselem.

Azaria was arrested that day and indicted nearly a month later. Autopsy reports showed that the shots fired by Azaria killed Sharif. Prior to shooting Sharif, Azaria had cared for a stabbed soldier.