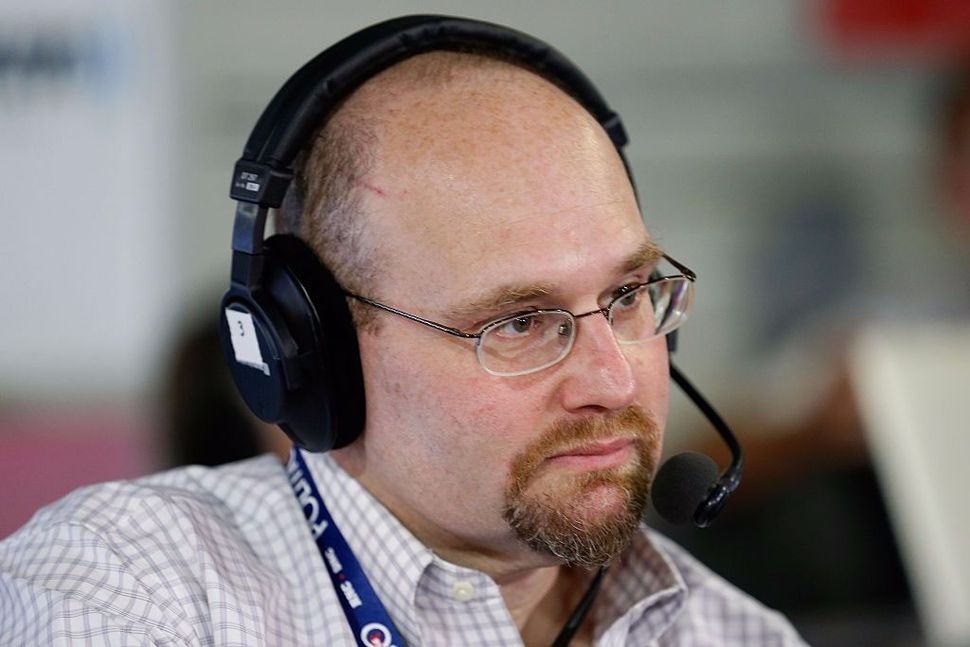 Glenn Thrush was moved by the New York Times, but seems to have returned to his old post Image by Kirk Irwin/Getty Images for SiriusXM

The Times said Monday that it was looking into allegations made by four women that Thrush made sexual advances, including kissing and touching them.

McGann said Thrush made advances while the two were at a bar.

“[H]e caught me off guard, put his hand on my thigh, and suddenly started kissing me,” she wrote. “Thrush says that he recalls the incident differently.”

McGann wrote that the other women, all in their 20s, had similar experiences, “from unwanted groping and kissing to wet kisses out of nowhere to hazy sexual encounters that played out under the influence of alcohol.”

In a statement, Thrush claimed that his encounter with McGann was consensual but apologized for an incident with one of the unnamed women.

“The woman involved was upset by my actions and for that I am deeply sorry,” he said, according to The Times.

Thrush said he had been struggling in recent years with alcoholism in response to personal and health crises.

“During that period, I have done things that I am ashamed of, actions that have brought great hurt to my family and friends. I have not taken a drink since June 15, 2017, have resumed counseling and will soon begin outpatient treatment for alcoholism. I am working hard to repair the damage I have done,” he said.