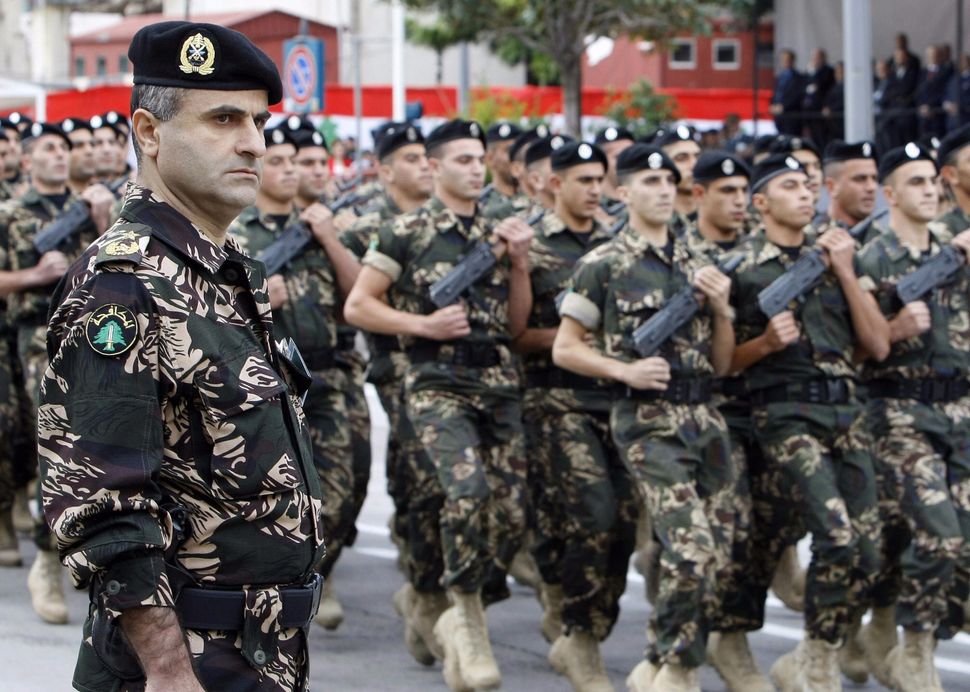 BEIRUT (Reuters) – Lebanon’s army chief told his soldiers on Tuesday to be extra vigilant to prevent unrest during political turmoil after the prime minister quit, and accused Israel of “aggressive” intentions across the southern frontier.

Troops should be ready to “thwart any attempt to exploit the current circumstances for stirring strife…and chaos,” the army’s Twitter account quoted General Joseph Aoun as saying.

“The exceptional political situation that Lebanon is going through requires you to exercise the highest levels of awareness and vigilance,” he said ahead of Independence Day celebrations on Wednesday.

Aoun called on troops to “assume full readiness at the southern border to face the threats of the Israeli enemy, its violations, and the aggressive intentions it is indicating towards Lebanon”.

A senior Israeli official dismissed the warnings of border aggression as “nonsense”.

Prime Minister Saad Hariri resigned on Nov 4 in a broadcast from Saudi Arabia, railing against Iran and its Lebanese ally Hezbollah. A long-time Saudi ally and Sunni leader, Hariri has yet to come back to Beirut.

Tensions grew earlier this year between Israel and Hezbollah, which have avoided a major conflict since fighting a month-long war in 2006 that killed around 1,200 people in Lebanon.