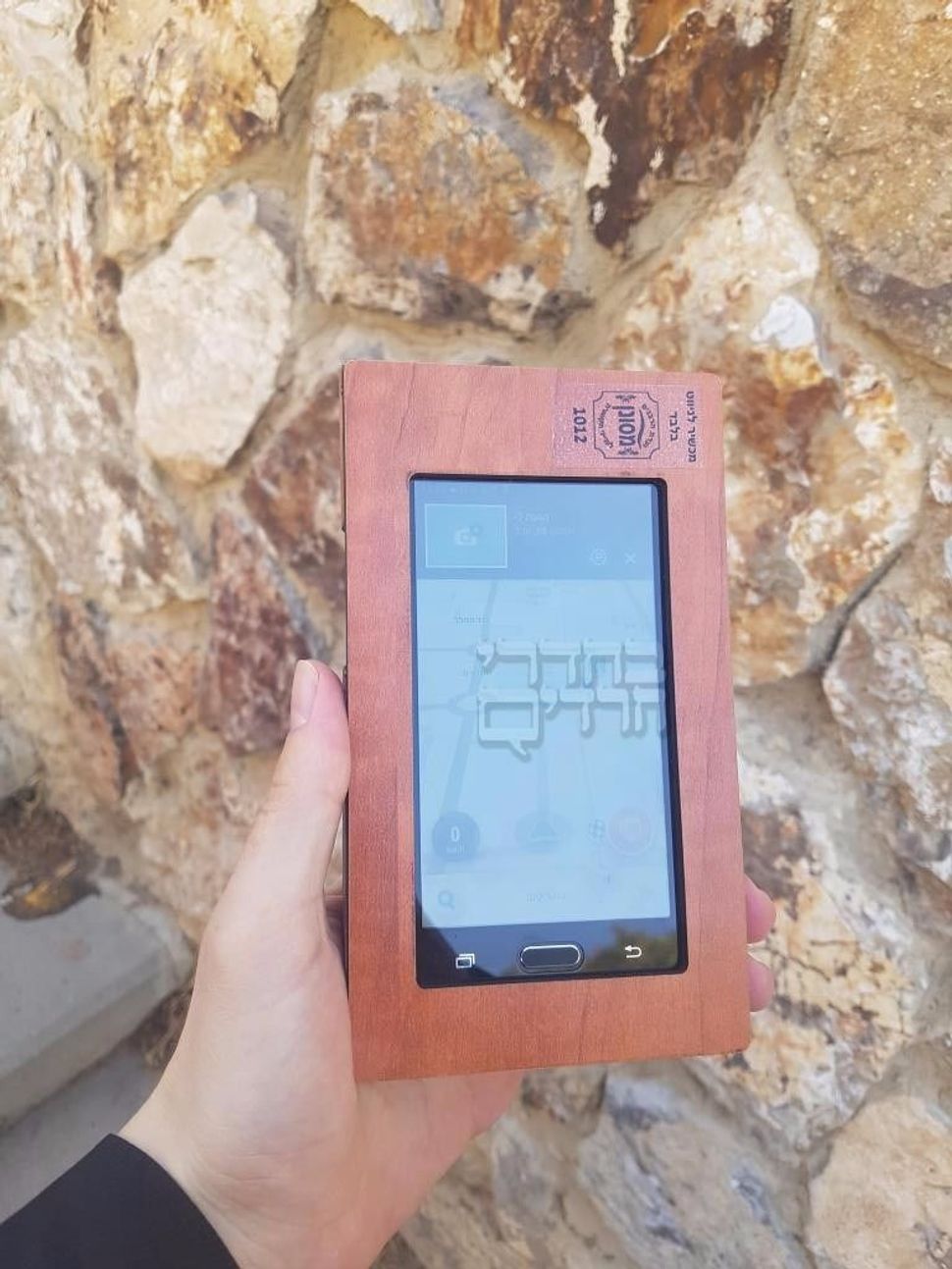 A new GPS device for navigation has been designed specifically for Hasidic Jews who might otherwise be averse to using smartphones.

Some have taken to calling the kosher, rabbi-approved device “the Ark” — because, apparently, it looks something like the ark of a Torah.

A blog post on Tablet featured the new device, which can’t be used for anything other than navigation — that is, no Facebook, Twitter, Instagram of any other app. The device was first featured on the ultra-Orthodox blog Be’Hadrei Haredim.

The device comes out of the Ger Hasidic community, Tablet reported. The community one of the largest Hasidic groups in Israel and are particularly dogmatic. “Like many in the Haredi world, their community views smartphones as an abomination, a gateway to all the filth of the world wide web,” the site wrote.

One Twitter user suggested that Ger was “going into competition” with the navigation app Waze to “prevent Jewish children” from hearing the programed female voice that gives directions.