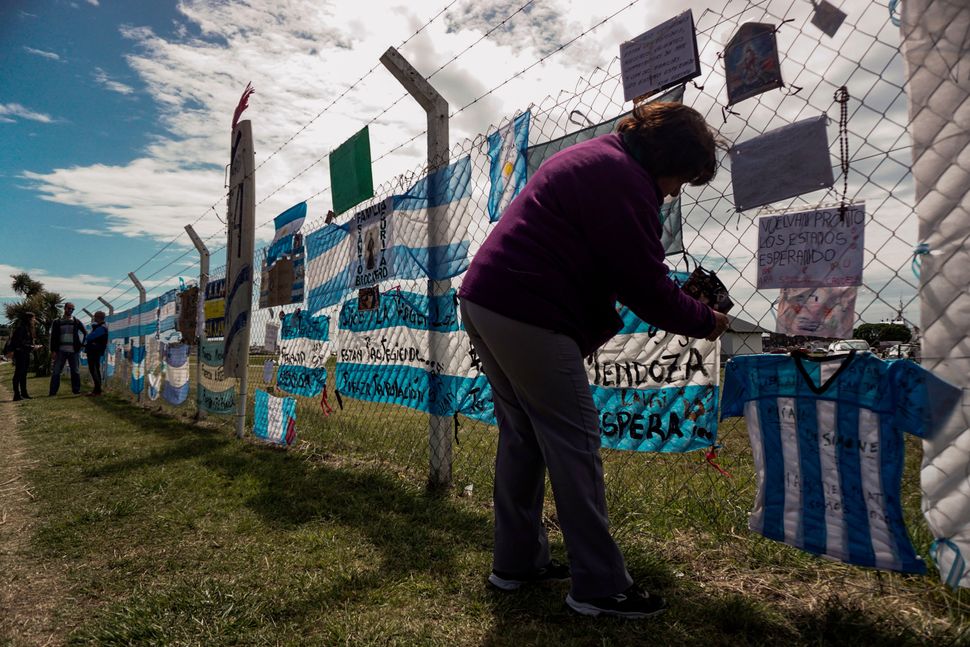 (JTA) — Argentina’s chief rabbi held a prayer service for the return of a missing submarine and its crew of 44.

The country has been living with tension and uncertainty for the last week, since the ARA San Juan submarine was reported missing in the Atlantic Ocean.

On Tuesday, Chief Rabbi of Argentina Gabriel Davidovich held the special prayer service at the AMIA Jewish community center building in Buenos Aires, where the superior rabbinate operates, joined by the executive boards of the AMIA and CUJA, or Jewish Argentine United Campaign.

AMIA tweeted a prayer asking God to have “mercy on our brothers lost at sea, who are in desolation and captivity, and bring them from affliction to relief, from darkness to light, and lead them now, quickly, to life and to freedom.”

From the province of Cordoba, located in the center of the country, the rabbi of the Israelite Union Centre of Cordoba, Marcelo Polakoff wrote a song of hope in support of the crew titled “Looking to See the Sun,” and uploaded it to YouTube.

The governments of Brazil, Canada, Chile, Colombia, France,  Germany, France, Norway, Peru, the United Kingdom and the United Stated  have sent ships, airplanes and submarines to provide logistic support and information exchange during the search for the missing submarine.

The Argentine Navy lost contact with the ARA San Juan submarine on November 15, shortly after the captain of the submarine reported a failure in the electric system. It is estimated that the sub had enough oxygen on board to last a week from the last transmission.