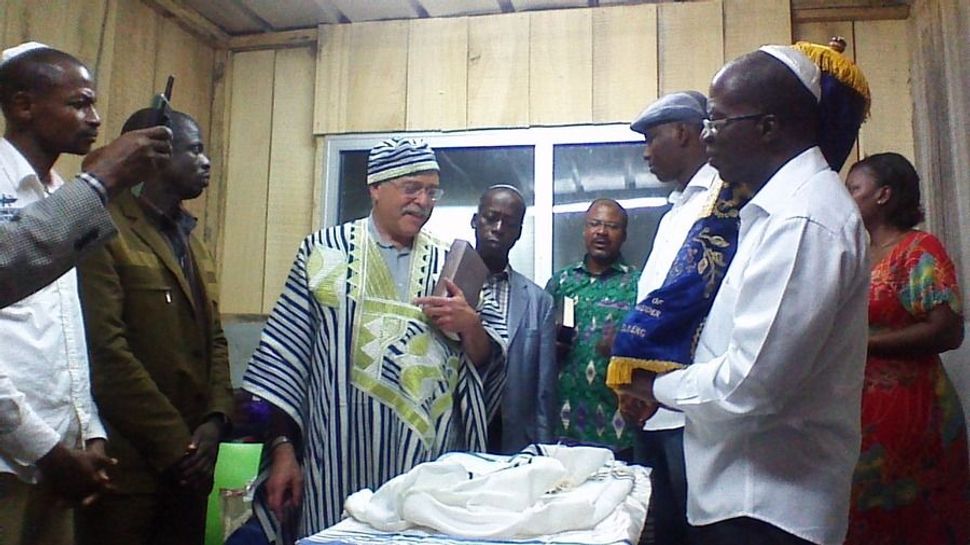 The African nation of Cote D’Ivoire did not have a historic Jewish community. But now, the West African country, known by some as Ivory Coast, is seeing several dozens of its citizens choose to join the Jewish ranks.

Writing in ejewishphilanthropy, Bonita Nathan Sussman, who is the vice president of Kulanu, a group that supports isolated Jewish communities across the globe, tells the story of the Abidjan Jewish community.

It started with branches of the Kabbalah Center opening in the the capital of Cote D’Ivoire and all across Africa 50 years ago. In Cote D’Ivoire they found a group of middle class residents who not only took to the idea of Kabbalah as a way of improving their lives, but also grew close to Judaism. They began to study Hebrew, learn how to pray and celebrate Jewish holidays.

The final step is expected next month when a Jewish conversion panel will arrive at Abidjan to finalize the conversion to Judaism of 42 candidates who have been studying Judaism and for several years. The male candidates will undergo circumcision, the women will visit the mikva, a ritual bath, and all will have to pass an exam on Jewish traditions and beliefs, before officially becoming Cote D’Ivoire’s first Jews.