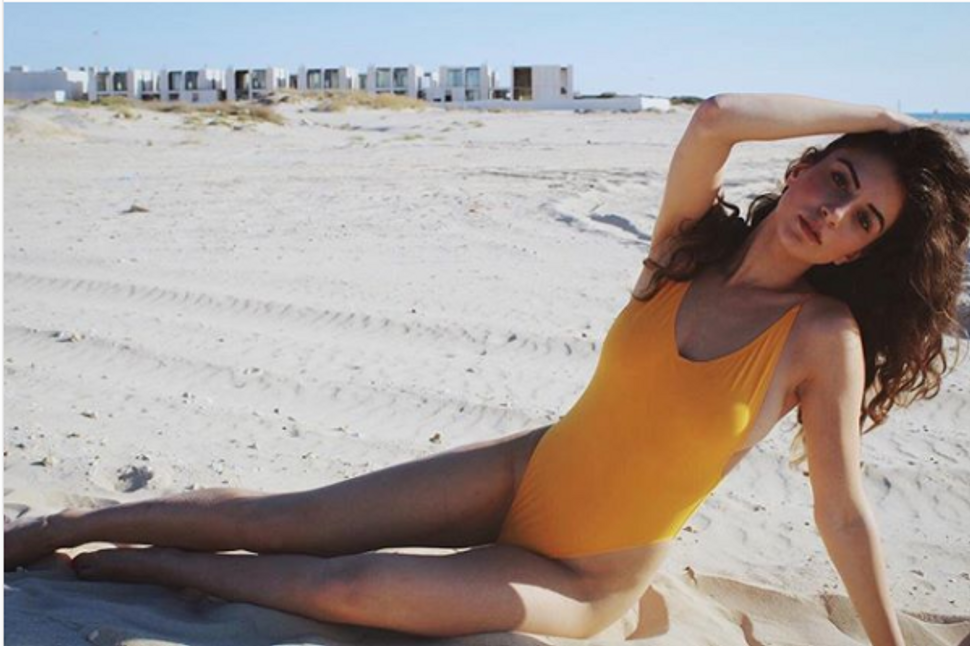 Tamar Morali is the first Jewish woman to reach the finals to represent Germany in the Miss Universe pageant. Image by Instagram

(JTA) — A Jewish woman is among the 20 contestants hoping to represent Germany in the Miss Universe pageant.

Tamar Morali, 21, said organizers have told her she is the first Jewish woman to get this far in the Miss Germany competition.

“I see my candidacy not only as a personal achievement but as an achievement for the State of Israel and for the Jewish people in the Diaspora – that in Germany, a country with a very complex history with regard to the Jewish people, there is the first Jewish contestant for the title,” she told The Jerusalem Post on Wednesday.

Morali, who recently walked the runway at Vienna Fashion Week, said that both pageant organizers and other contestants were curious about her Jewish background and that reactions had been positive.

“They asked me a lot of questions about my Jewish background and how it is to live in Germany as a Jew,” she told The Post.

Morali was born in the German city of Karlsruhe but grew up in Vienna, Austria, where she was active in the Jewish community. At 17, she spent a gap year in Israel, and she is currently studying towards a BA in communications and business there, at the Interdisciplinary Center Herzliya.

The beauty queen hopeful, who said she is “proud to be a German Jew,” wants people to know that despite her country’s dark past, the Jewish community is thriving there today.

“They are not hiding – they are proud to have survived and to have created such a big community. You [the Nazis] tried to destroy us, and we are still here and still have a voice and are even cooperating with the Germans,” Morali said.

On Sunday, Germans will cast their votes online to decide which of the 20 contestants will compete in the Miss Germany finale.