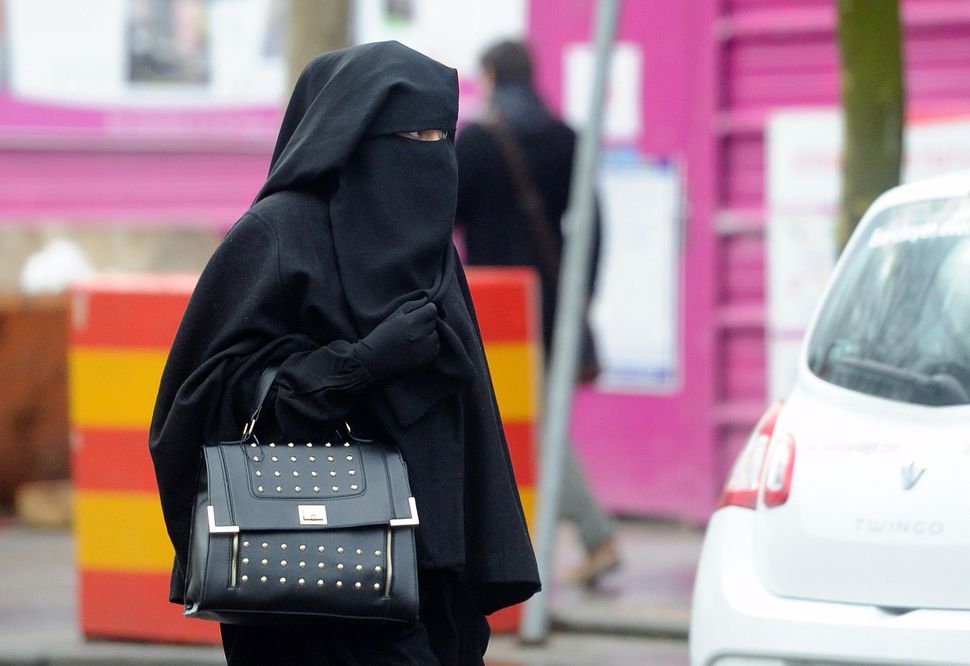 A woman wearing a niqab walks in a street in the center of Roubaix, France. Image by PHILIPPE HUGUEN/AFP/Getty Images

(JTA) — A veiled woman in a supermarket near Toulouse assaulted with two younger women a Jewish woman and her teenage son, a watchdog on anti-Semitism said.

The incident occurred in Carcassonne, a town situated 55 miles southeast of Toulouse, on Tuesday, the National Bureau for Vigilance against Anti-Semitism, or BNVCA, reported Friday. The watchdog characterized the incident as an anti-Semitic assault. The alleged perpetrators — which BNVCA wrote may have been a mother and her daughters — saw the victim, a woman in her 40s, is Jewish because she was wearing a Star of David pendant, the group wrote in an incident report.