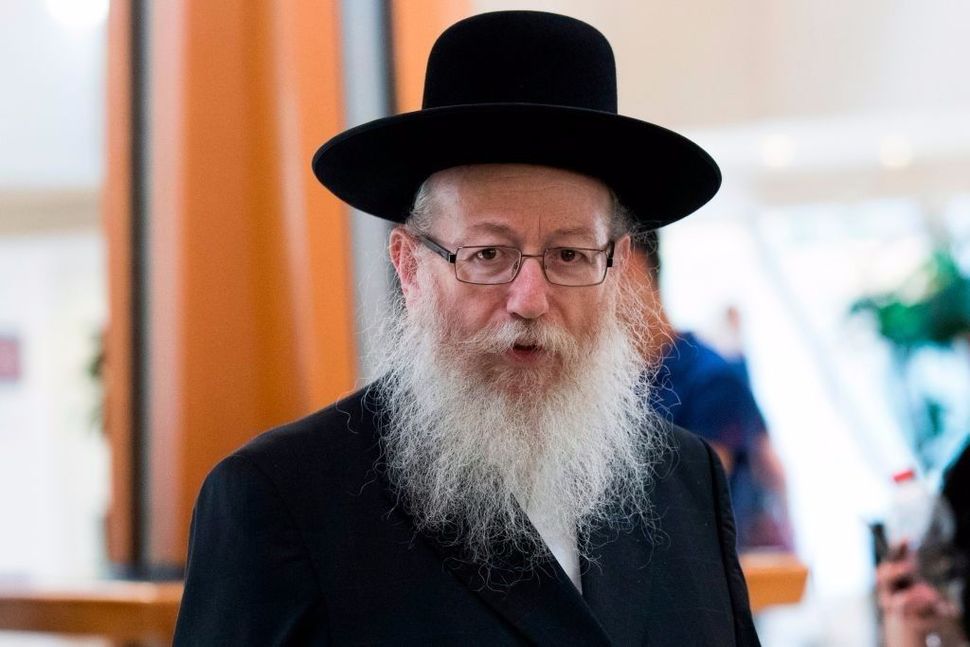 JERUSALEM (JTA) — A haredi Orthodox government minister resigned from his post over railway work that took place on Shabbat.

Health Minister Yaakov Litzman of the United Torah Judaism party officially resigned on Sunday after a new signaling system was installed on rail lines in the Negev on Saturday. Litzman had announced on Friday that he would resign if the work took place over Shabbat.

The United Torah Judaism Party and its six seats will remain in the government, however, meaning that Prime Minister Benjamin Netanyahu’s ruling coalition is safe for now, according to reports.

“I regret Minister Yaakov Litzman’s decision to resign from the government. He is an excellent health minister and has done a great deal for the health of the citizens of Israel. The national government headed by the Likud is the best government for the State of Israel. I think all the coalition members are interested in its continuation. I don’t think- I know,” Netanyahu said in a statement at the beginning of the weekly Cabinet meeting on Sunday.

Litzman said Sunday he resigned after consulting with his rabbi, Rabbi Yaakov Aryeh Alter, the head of the Ger Hasidic movement.

“Throughout the generations, we knew we were protected by Shabbat, we knew it was the root of the covenant between the people of Israel and G-d. Unfortunately, Israel Railways has recently made Shabbat into ‘National Renovation Day’: they needlessly do all their renovations on Shabbat,” Litzman said, according to Ynet. “I’m disappointed I couldn’t stop the desecration of Shabbat. Shabbat is precious to us all.”