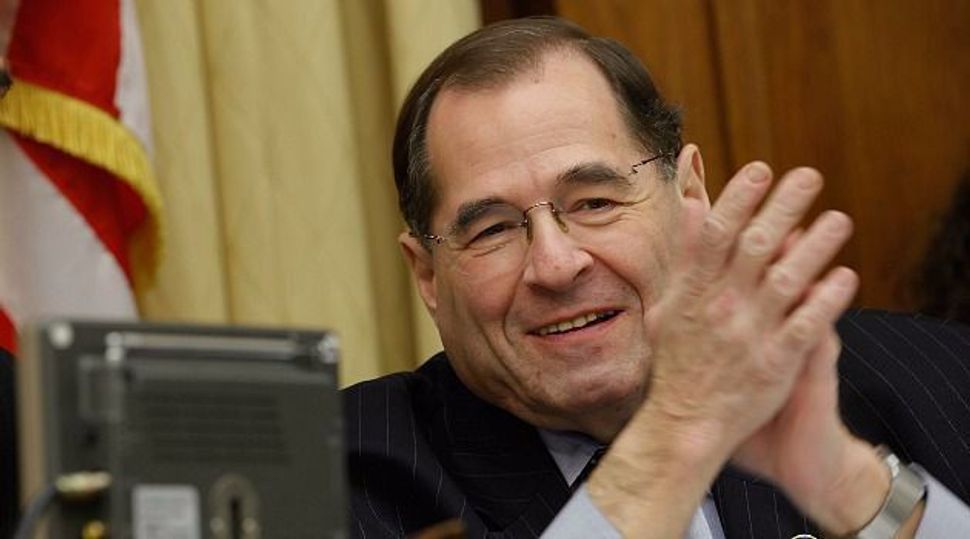 (JTA) — New York Rep. Jerrold Nadler will become the ranking member of the House Judiciary Committee after Rep. John Conyers announced he would step down from his post amid accusations of sexual harassment and misuse of office resources.

Conyers, a Democrat from Michigan, announced Sunday he would step down from the powerful post, as he continued to deny the allegations.

Nadler said in a statement that he would continue Conyers’ “critical work.”

“Even under these unfortunate circumstances, the important work of the Democrats on the House Judiciary Committee must move forward,” Nadler, who is Jewish, said in the statement. “I will do everything in my power to continue to press on the important issues facing our committee, including criminal justice reform, workplace equality, and holding the Trump Administration accountable. Ranking Member Conyers has a 50-year legacy of advancing the cause of justice, and my job moving forward is to continue that critical work.”

Buzzfeed reported last week that Conyers in 2015 settled a wrongful dismissal complaint with an ex-employee who said she was sexually harassed. The woman alleged that she had been fired because she rebuffed Conyers’ sexual advances.

Conyers, who has been a member of the House since 1965, said in a statement Sunday that he denied the allegations, “many of which were raised by documents reportedly paid for by a partisan alt-right blogger. I very much look forward to vindicating myself and my family before the House Committee on Ethics.”