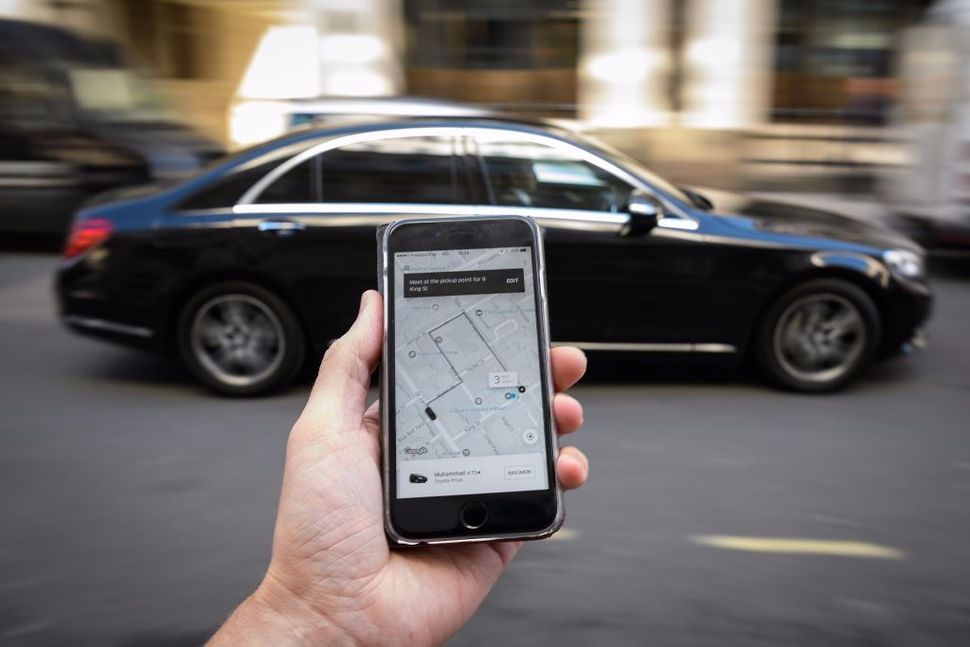 JERUSALEM (JTA) — Uber has been ordered by a Tel Aviv judge to stop running its car-sharing service in Israel.

The service must be halted by Wednesday morning according to the Monday morning ruling.

The judge said in his injunction that the UberDay and UberNight ride-sharing service could not continue because the drivers, who are not licensed to drive a taxi, were not insured properly for their passengers. The company had been sued by Israeli cab drivers as well as Gett, a taxi service that previously was called GetTaxi.

The Uber taxi service, which is properly licensed and insured in Israel, can continue to operate, however.

Uber has operated in Israel for about a year. It currently operates in about 600 cities worldwide.

Another case is pending against Uber in Israel. The country’s Transportation Ministry has sued Uber in Tel Aviv Traffic Court for charging to take passengers without a taxi license.