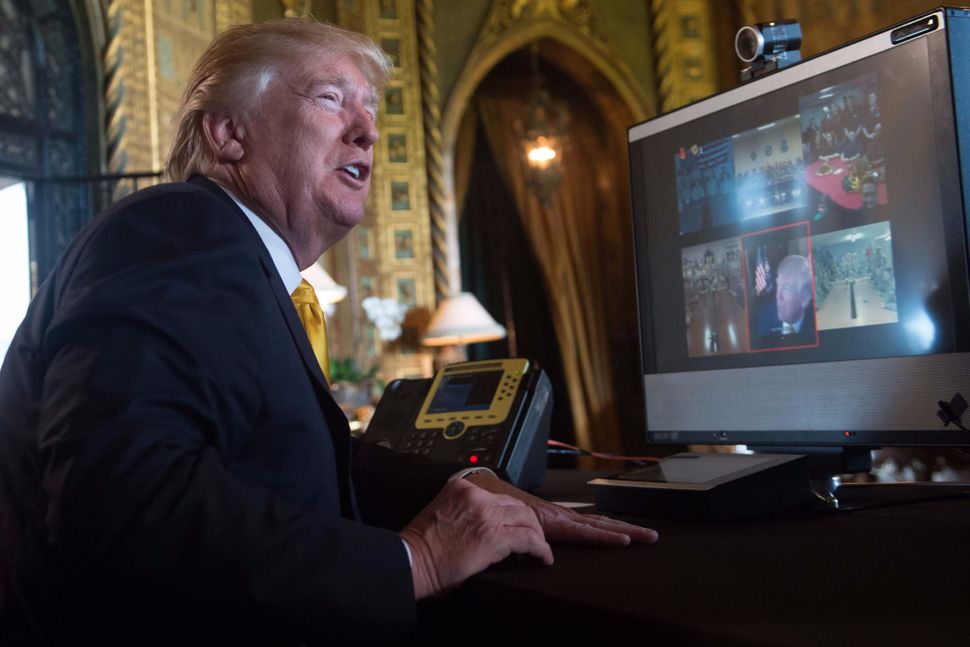 President Trump re-tweeted on Saturday a list of his accomplishments compiled by a website that traffics in a range of conspiracy theories — including claims that Jews secretly control the world.

Wow, even I didn’t realize we did so much. Wish the Fake News would report! Thank you. https://t.co/ApVbu2b0Jd

“Wow, even I didn’t realize we did so much. Wish the Fake News would report! Thank you,” Trump wrote in response to a tweet promising to share the president’s accomplishments on the website Magapill.com.

That site has promoted many conspiracy theories, including that Democratic National Committee staffer Seth Rich was killed at the behest of Hillary Clinton.

Earlier this month, the site posted a “flow chart” that promulgated a convoluted worldview that sought to show how the Rothschild family and George Soros, along with the Vatican and Luciferians, are secretly controlling the world.

Trump has shared links to conspiracy websites in the past — and enjoys a cozy relationship with one of America’s most famous conspiracy boosters, Alex Jones.