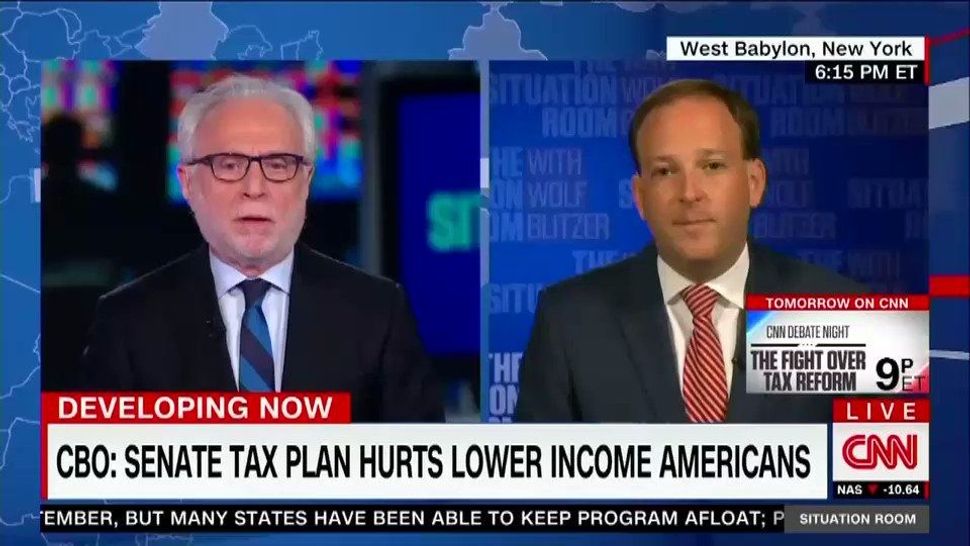 Zeldin, a two-term incumbent who is considered a top target of Democrats in the 2018 midterm elections, confirmed reports that he has joined forces with Bannon, the former White House adviser who has declared war on the Republican establishment.

Long Island Congressman explains why he welcomes the support and fundraising of Steve Bannon ¯_(ツ)_/¯ pic.twitter.com/8WqT6bRHCj

“He’s gotten a bad rap in a lot of respects,” Zeldin told CNN’s Wolf Blitzer. “I’ve heard him called a Nazi or a Nazi sympathizer.”

“There’s a lot about his background that people don’t know,” said Zeldin, who represents a moderate swing district that would appear to be unfriendly turf for Bannon’s scorched-earth populism. The Breitbart News boss has recently pushed hard for accused pedophile Roy Moore in his run for Senate from Alabama.

Zeldin, who is one of just two GOP Jewish members of Congress, pointed to Bannon’s strong support for Israel and his forecful opposition to the BDS movement as reasons to accept his active backing.

With President Trump’s popularity at a historic low, Bannon has said he plans to mount far right-wing challenges to a string of Republican lawmakers in 2018, amid signs Democrats could have a serious chance of retaking the House and Senate.