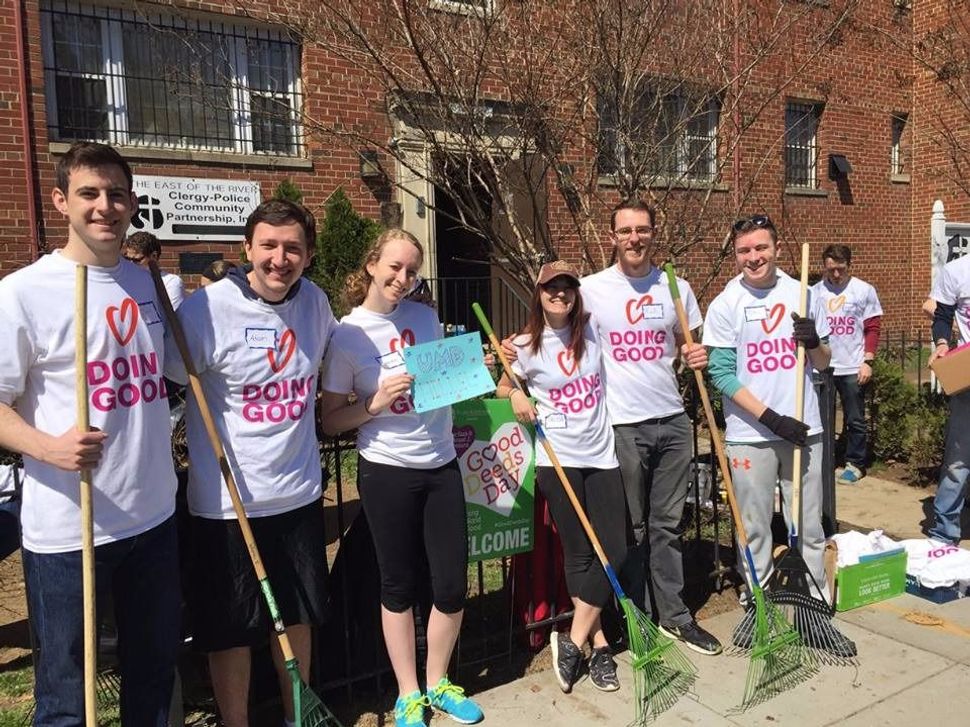 Student volunteers at Maryland Hillel from the University of Maryland

Michael Masters, the incoming director of the Secure Community Network, the security arm of national Jewish community organizations, told JTA this week that the Jewish Federations of North America, Hillel International, Chabad, and the AEPi fraternity were jointly cooperating on the initiative.

“There was a recognition — the initiative is just over roughly a year ago — that conditions on campuses and student organizations required a collective and collaborative approach to deal with Jewish security issues,” he said.

He said one of the triggers for the cooperative venture was a May 2016 protest of the screening of a pro-Israel movie at the University of California-Irvine. Protesters kept those attending the film from leaving the room.

“Hillel International believes the safety of our students and professionals is of the utmost importance,” he said in an email. “Given that both Jewish institutions and college campuses have been targeted for violence in recent years, we recognize the need to provide our campuses with the expertise to better protect their facilities and programs. By partnering with SCN, we are able to offer Hillels a direct resource to assess their facilities and prepare for potential scenarios.”