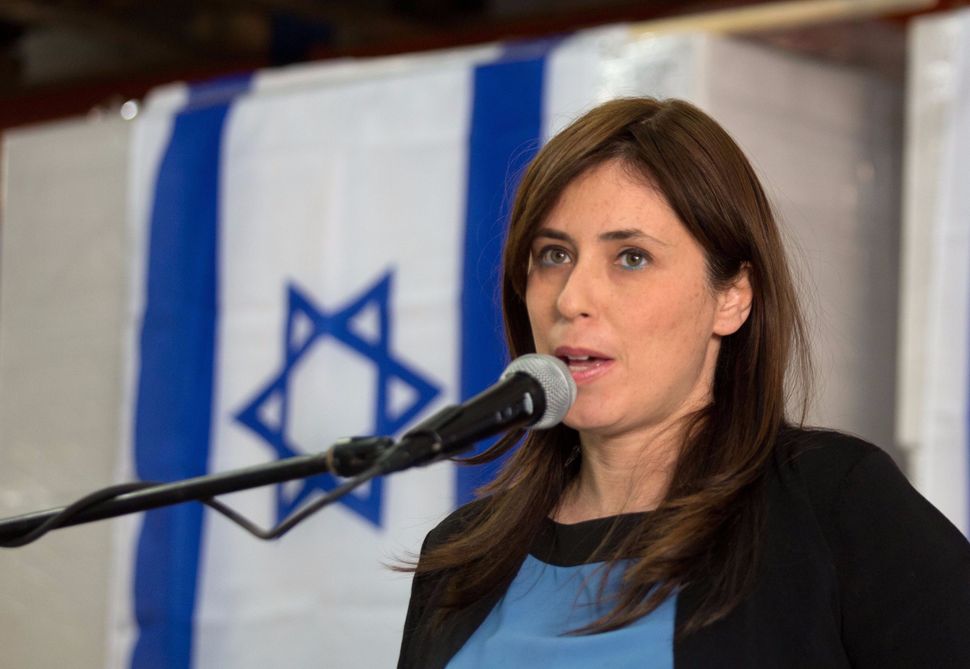 JERUSALEM (JTA) — A scheduled trip to the Czech Republic by Israel’s Deputy Foreign Minister Tzipi Hotovely reportedly was scrapped a week after she disparaged U.S. Jewry in an interview in English.

Hotovely had been scheduled to leave for the Czech Republic on Wednesday. Hours before her departure, the Prime Minister’s Office contacted her and told her not to travel to the eastern European country, Hadashot News reported Wednesday afternoon.

Hotovely’s office said the trip was postponed, not canceled.

Hotovely said on i24, an Israel-based English-language news channel, that U.S. Jews were distant from the sacrifices other Americans make, and the threats that govern life in Israel.

“The other issue is not understanding the complexity of the region,” she said. “People that never send their children to fight for their country, most of the Jews don’t have children serving as soldiers, going to the Marines, going to Afghanistan, or to Iraq. Most of them are having quite convenient lives. They don’t feel how it feels to be attacked by rockets, and I think part of it is to actually experience what Israel is dealing with on a daily basis.”

The following day Netanyahu “condemned” what he called “offensive remarks” about American Jews by his deputy foreign minister. “The Jews of the Diaspora are dear to us and are an inseparable part of our people,” Netanyahu’s condemnation also said.

Hours later Hotovely apologized for her remarks. Leaders of the Reform movement in the United States and Israel called for her removal.