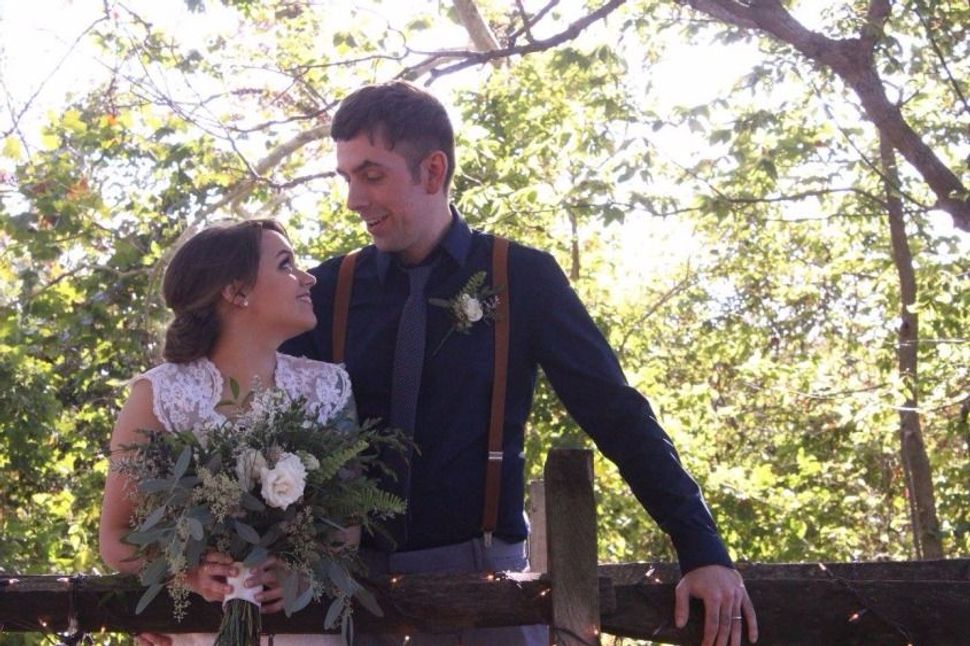 A white nationalist “Nazi sympathizing” husband and wife in Ohio reportedly lost their jobs after a New York Times profile broadcast their story worldwide. Now the two are soliciting money on an “alt-right” website called “Goy Fund Me” and have raised more than $5,000.

The couple in the NYT Nazi article apparently have gotten fired and their supporters are crowdfunding for them on “Goyfundme.” https://t.co/zvdQnQhED5

After the profile of Tony and Maria Hovater was published last week, “Communists, Antifa, and general basement-dwelling ne’er-do-wells set to work immediately, identifying their place of employment and harrassing (sic) their management into terminating them,” the Hovater Support Fund reads.

The Hovaters are using “Goy Fund Me,” a page that has no ties to “Go Fund Me” and uses a pejorative Hebrew word for non-Jew that has been appropriated by the “alt-right.” Hovater is a member of the Traditionalist Worker Party, one of the groups that participated in the large white nationalist rally in Virginia that devolved into violence and led to the killing of one counter-protester. The Southern Poverty Law Center calls the TWP “a white nationalist group that advocates for racially pure nations and communities and blames Jews for many of the world’s problems.”

Correction, November 30, 9:26 a.m.: An earlier version of this article incorrectly named the white nationalist group to which Hovater belongs. It is the Traditionalist Worker Party, not the Traditional Workers Party.