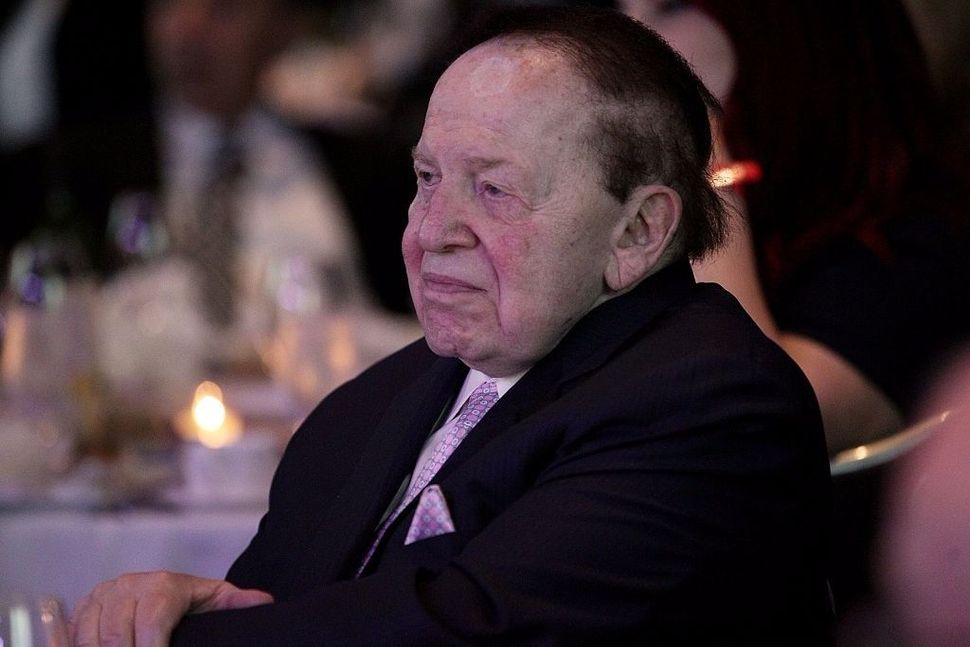 Birthright Israel cancelled its winter fundraising gala with just a week’s notice, telling donors that the honoree, casino billionaire Sheldon Adelson, would be unable to attend after he fell and fractured three ribs.

The cancellation announcement went out November 27, a week before the planned gala, which was to be held at the Ziegfield Ballroom in Manhattan. A spokesperson for Birthright said that the organization is rescheduling the gala for next spring, and that guests unable to attend on the new date will have their tickets refunded.

In its email to attendees, Birthright blamed the cancellation on Adelson’s injury. “In light of the circumstances, the Birthright Israel Foundation along with the Adelsons have decided to postpone the Gala until the Spring of 2018,” the email said.

The anti-Zionist group Jewish Voice for Peace had announced a planned protest of the gala. The group now says it will now protest outside of Birthright’s New York office instead.

JVP’s protest of the gala was part of an ongoing campaign by the group titled “#ReturnTheBirthright,” calling on young Jews not to participate in Birthright trips.