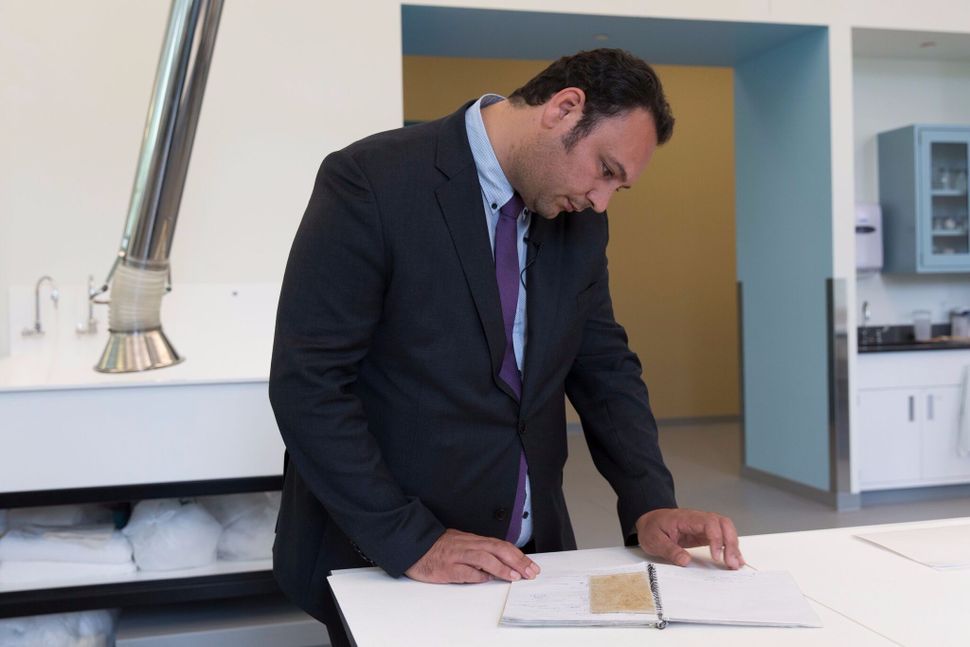 Mansour Omari was working as a Syrian human rights activist documenting the Assad regime’s incarceration and killing of civilians and opposition figures when he was arrested in 2012 and taken to a secret prison.

During nearly a year in prison and under routine torture, Omari and his cellmates embarked on a new mission: Using ink made of their own blood mixed with rust from the cell bars and with a chicken bone as a pen, they wrote on pieces of cloth the names of every prisoners being held with them. When Omari was released, he smuggled the names in his shirt and went on to inform the families of the detainees about their loved ones’ whereabouts.

Now, these pieces of cloth are at the center of the exhibition “Syria: Please Don’t Forget Us” opening at the U.S. Holocaust Memorial Museum in Washington.

In addition to documenting Nazi crimes, the Holocaust Museum, on Washington’s National Mall, is also tasked with alerting against modern-day genocides. As such, the Syrian civil war is on the museum’s watchlist as one of the most serious ongoing mass atrocities.

“We want people to leave our permanent exhibition on the Holocaust, where they might ask themselves ‘What would I have done had I been in Germany in the 1930s?’” said Cameron Hudson, director of the museum’s center for prevention of genocide. “And then walk into this room on Syria and they can ask themselves, ‘What am I going to do now, what am I going to do today?’”