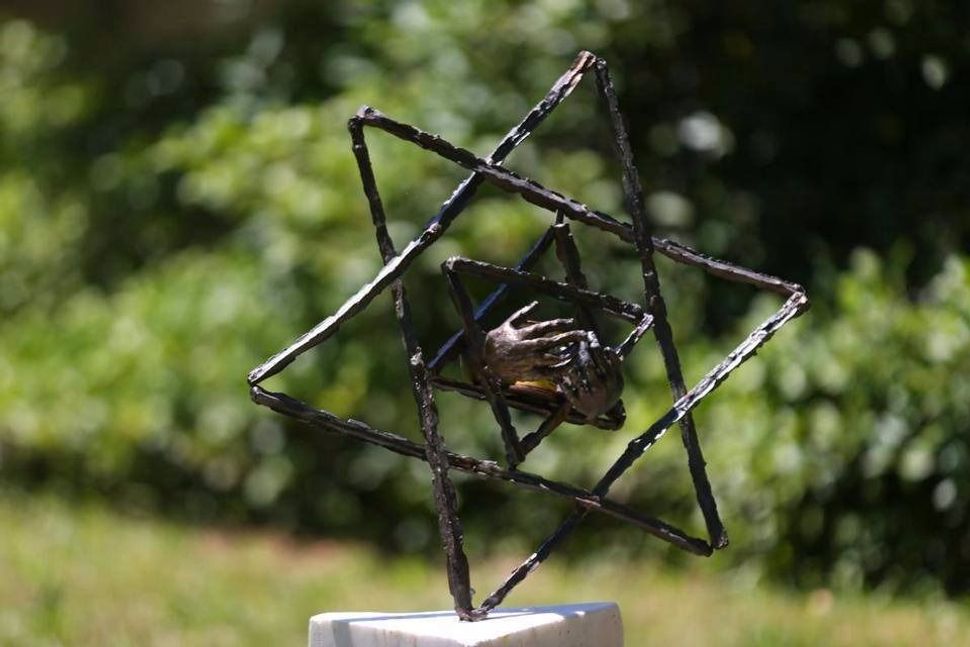 The Holocaust memorial in a Jewish cemetery in Milton, Massachusetts. Image by facebook

A man stole part of a beloved Holocaust memorial from a cemetery to give it to his friend as a gift, the Patriot Ledger reported.

Police announced Thursday that they are hoping to charge a man from Milton, an affluent suburb of Boston, with the theft. The stolen part of the memorial — two hands wrought in bronze — was recovered.

The sculpture is a tribute by a Holocaust survivor to his sister Miryam and the other 1.5 million Jewish children killed by the Nazis.

The sculpture was found vandalized over a year ago. The local Jewish community held a candle-lit vigil for the damaged memorial in the cemetery at the time.

Police identified the current suspect, who is 19, last month.

“With the recovery of ‘Myriam’s Memorial,’ hopefully those wounds will continue to heal,” the police said in a statement.