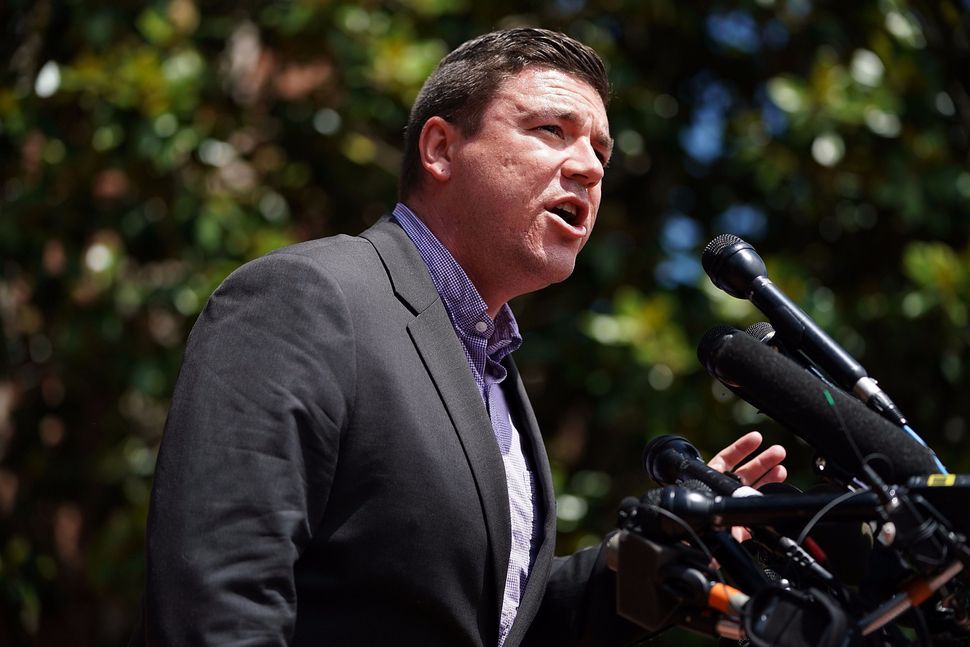 The organizer behind this summer’s explosive Unite The Right rally of white supremacists is planning an anniversary event next summer — seeking to cast himself as a “political dissident” standing up for civil rights.

Jason Kessler, who spearheaded August’s explosive event, announced this week that he’s drafting plans for the one-year anniversary of the original rally, an event that captivated national news — and devolved into violence that resulted in the killing of 32-year-old counter protestor Heather Heyer.

The original Unite the Right rally was organized ostensibly to protest the removal of a Confederate statue in the center of Charlottesville, Virginia — but snowballed into a broader white supremacist gathering, with some people openly giving the Nazi salute or chanting “Jews will not replace us.”

Kessler said the first-anniversary rally will be held August 11 and 12, 2018, according to a Southern Poverty Law Center post.

“We must have a presence in the streets of America,” Kessler wrote on his website. “Let’s not kid ourselves about which way things could blow if this country collapses in the near future.”

Jason Kessler says he has applied for a permit to hold a Unite the Right anniversary rally next August. The violent gathering of white nationalist groups this past summer left three people dead. #Charlottesville pic.twitter.com/YaSYlG3AjO

Kessler has described his anniversary event as “rally against government civil rights abuse and failure to follow security plans for political dissidents.”

Kessler and others are being sued in federal court by the City of Charlottesville and those impacted by the rally, including a counter-protestor who suffered a concussion and multiple injuries after being beaten by Unite The Right supporters in a parking garage.