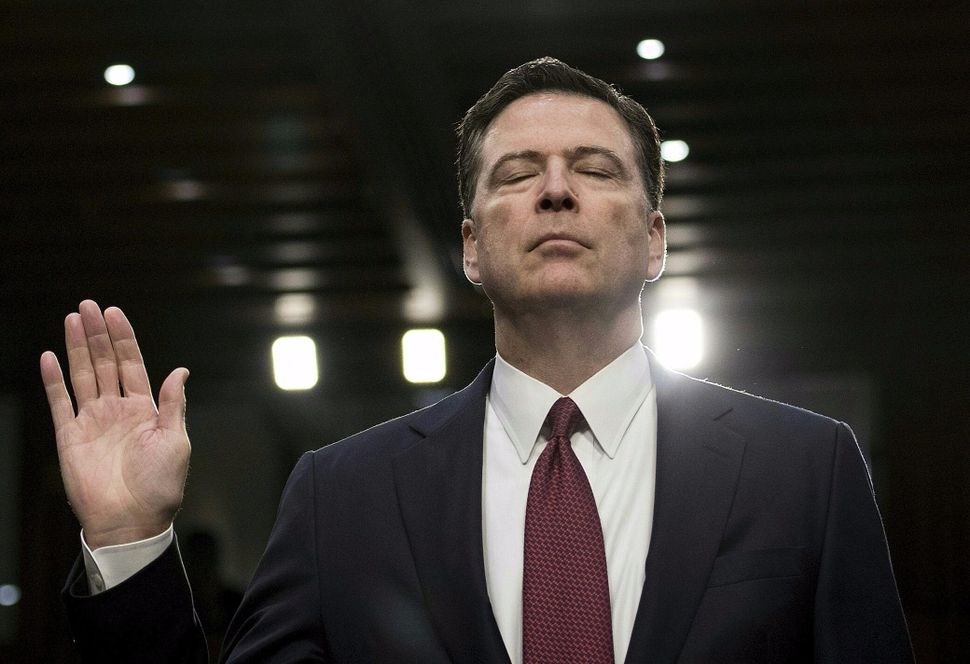 James Comey testifying in front of the Senate Select Committee on Intelligence in June. Image by Getty

Quoting the prophet Amos, Comey tweeted a link to a picture of the Great Falls of the Potomac River. It was his 28th tweet since debuting his handle @Comey in March.

Comey has made a habit of tweeting quotes that proclaim the importance of justice and truth. He has quoted Winston Churchill, Martin Luther King, Jr. and Jane Addams during his short public tenure on Twitter. He is writing a book called “A Higher Loyalty.”

Before establishing a public presence on the social media platform, Comey “lurked” on Twitter for years — under a fake name. His handle was “Reinhold Niebuhr,” the name of an American theologian. In October Comey tweeted out a quote from Niebuhr about justice.