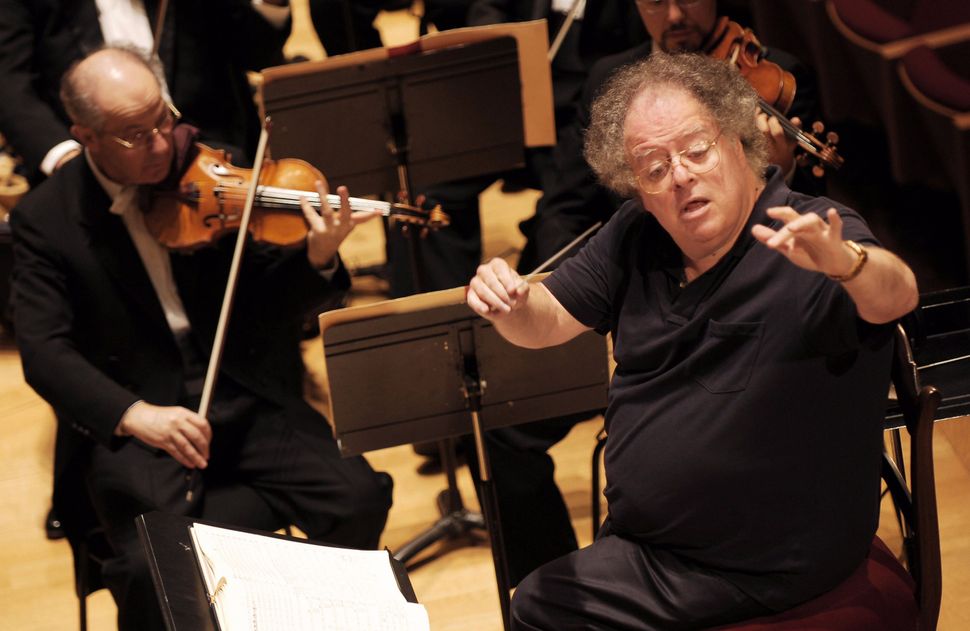 (JTA) — The Metropolitan Opera announced that it is investigating charges of sexual misconduct against its conductor James Levine so that it can take “appropriate action.”

The Met’s announcement on Saturday night came after the New York Post reported on its website that Levine allegedly molested an Illinois teenager from the time he was 15 years old for several years beginning in the mid-1980s, according to a report filed with the Lake Forest, Illinois, Police Department in October 2016.

“The Met would like to let our supporters know that we are deeply disturbed by the news articles that are being published online today about James Levine. We are working on an investigation with outside resources to determine whether charges of sexual misconduct in the 1980s are true, so that we can take appropriate action,” it said in a statement issued Saturday night.

The alleged abuse began in 1985 when Levine was guest conductor at the Ravinia Music Festival near Chicago. The accusation came nine years after the statute of limitations on a child sex crime in Illinois had expired, according to the Post.

Levine held the position at Ravinia from 1973 to 1993.  He was music director of the Metropolitan Opera for 40 years and now is director emeritus.

“I began seeing a 41-year-old man when I was 15, without really understanding I was really ‘seeing’ him. It nearly destroyed my family and almost led me to suicide. I felt alone and afraid. He was trying to seduce me. I couldn’t see this. Now I can,” the alleged victim, who is now 48, wrote in his police statement.

The Met has known about the accusations since the October 2016 police investigation was opened, Peter Gelb, the general manager of the Met, told the New York Times.