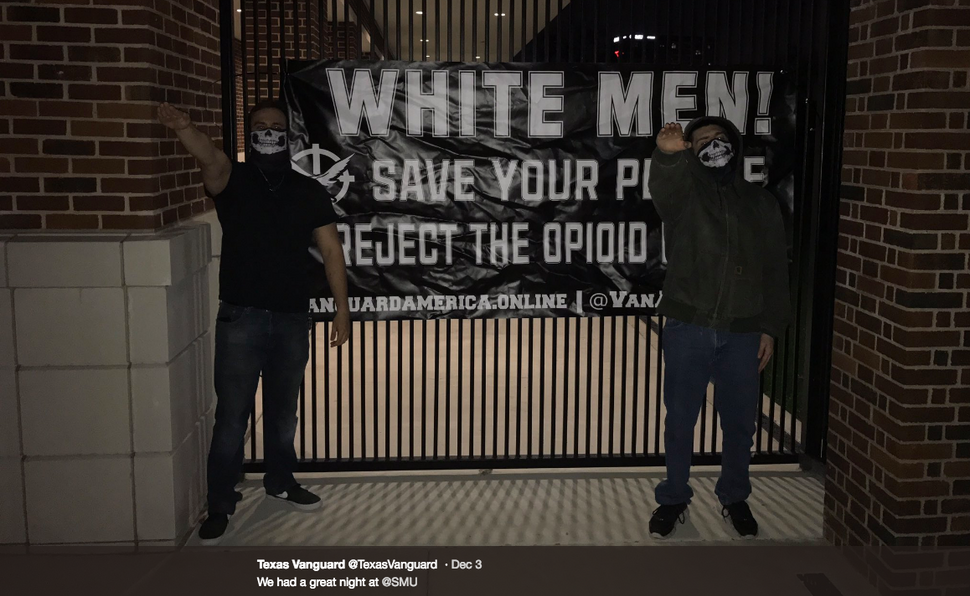 Members of the white supremacist group Vanguard America posted flyers at Southern Methodist University in Dallas calling for “white revolution” over the weekend.

Security footage captured five men posting the signs around campus, without wearing any masks. One of the flyers contained a red Star of David and the words “Reclaim America,” “No more tolerance, no more diversity,” and “The only solution is white revolution.”

The group also photographed two members giving Nazi salutes in front of a poster saying “White Men! Save your people. Reject the opioid beast!” The group then posted it on its Twitter page.

The leader of Vanguard America’s Texas chapter told CNN that none of the participants were SMU students, but they chose the university instead of their own schools because SMU is a “bigger and more liberal place.”

“While SMU strongly supports freedom of speech and expression, the outside group featured on these signs promotes an abhorrent message that is opposite to SMU values,” university president R. Gerald Turner said in an email to the university.

Local TV station NBC 5 reported that the perpetrators could be charged with criminal trespass if caught.