Alan Dershowitz: ‘Obama Was Not Motivated By What Was Good For America’ 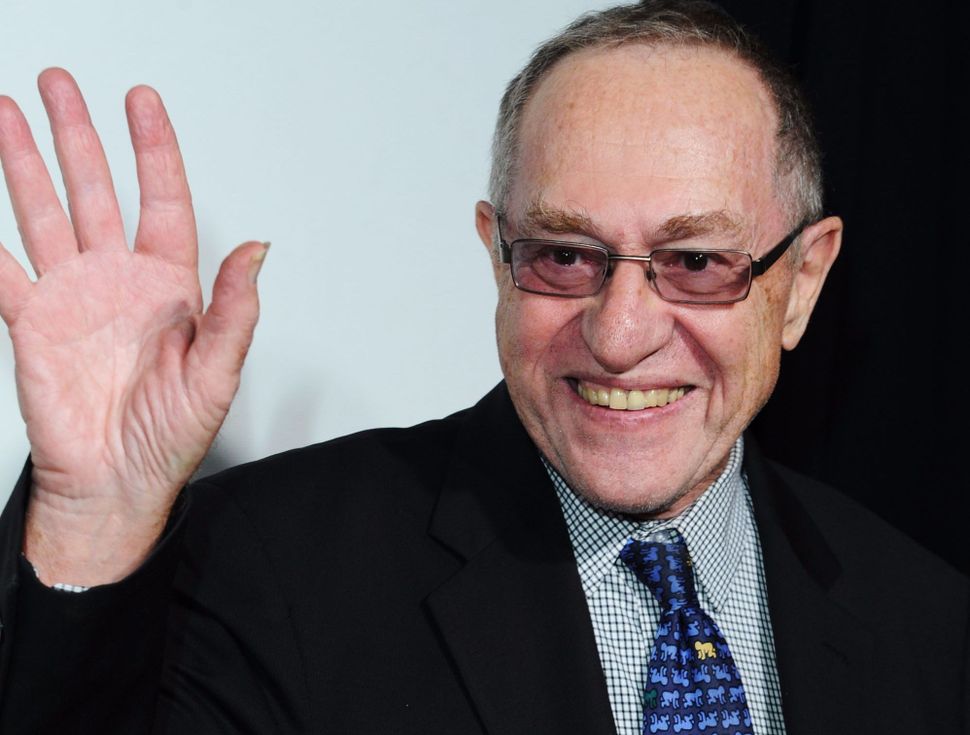 Alan Dershowitz in 2012. Image by Getty

Alan Dershowitz criticized the Mueller investigation and argued that there’s no way Donald Trump could have obstructed justice in a recent interview with Slate.

Dershowitz, a former Harvard Law School professor and a prominent conservative sparring partner on cable news, argued that because Trump is the president, he can fire whoever he wants.

Though Dershowitz said that Trump’s behavior in firing FBI director James Comey could make him worthy of impeachment, he said it was not illegal.

Dershowitz also compared former Trump adviser Mike Flynn’s lie to the FBI to Obama’s instruction for the U.S. to abstain on a UN resolution instead of veto it, saying both actions were political ploys. Flynn recently pleaded guilty to lying to the FBI as part of the ongoing Mueller investigation.

“My opposition is institutional, not personal,” he said.

Alan Dershowitz: ‘Obama Was Not Motivated By What Was Good For America’