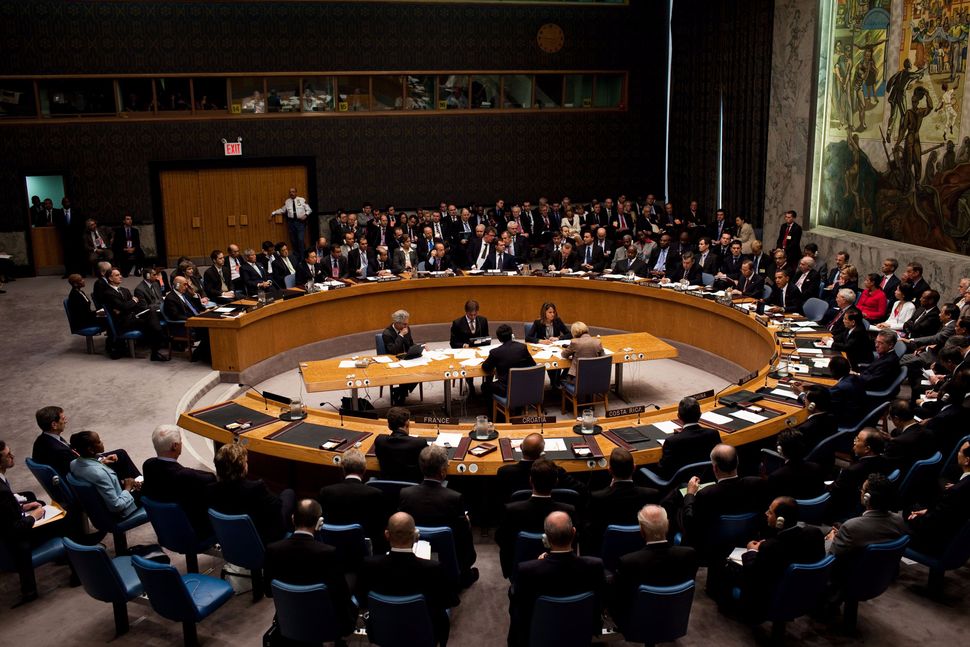 The United Nations Security Council will meet to discuss the United States’ recognition of Jerusalem as Israel’s capital.

The meeting will be held on Friday at the request of eight countries that sit on the 15-state body.

President Trump on Wednesday announced and then signed a proclamation recognizing Jerusalem as Israel’s capital, which also directed the State Department to start planning an embassy in Jerusalem. The U.S. Embassy is currently in Tel Aviv. The decision reversed decades of U.S policy on Jerusalem.

“I have consistently spoken out against any unilateral measures that would jeopardize the prospect of peace for Israelis and Palestinians,” Guterres said Wednesday after the announcement.

A Security Council resolution in December said the body would “not recognize any changes to the 4 June 1967 lines, including with regard to Jerusalem, other than those agreed by the parties through negotiations.” The United States declined to use its veto power on the council to block that resolution, allowing it to go through unanimously with a U.S. abstention.