Without Mentioning Trump, Obama Cites Hitler In Talk On Nationalism 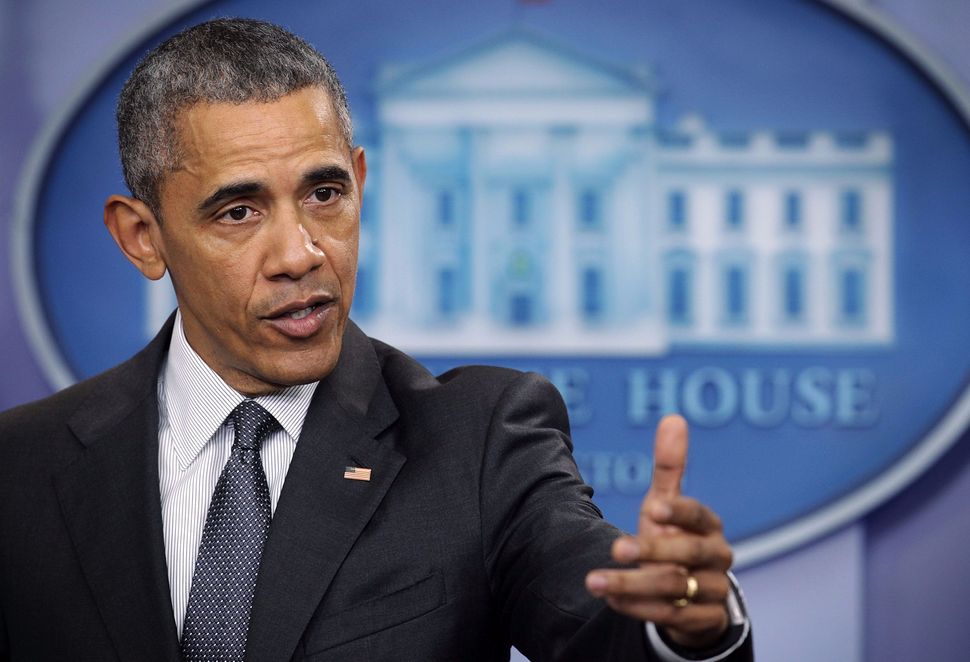 The remarks came during a Q&A session at a meeting of the Economic Club of Chicago on Tuesday.

“We have to tend to this garden of democracy or else things could fall apart quickly,” Obama said. “That’s what happened in Germany in the 1930s which, despite the democracy of the Weimar Republic and centuries of high-level cultural and scientific achievements, Adolph Hitler rose to dominate.”

Without mentioning Donald Trump by name, Obama also alluded to the rise of “nativism” in the U.S.

Obama’s stark statements comparing the U.S. with pre-Nazi Germany were mixed in with remarks on the economy and the threat of ebola.

Without Mentioning Trump, Obama Cites Hitler In Talk On Nationalism