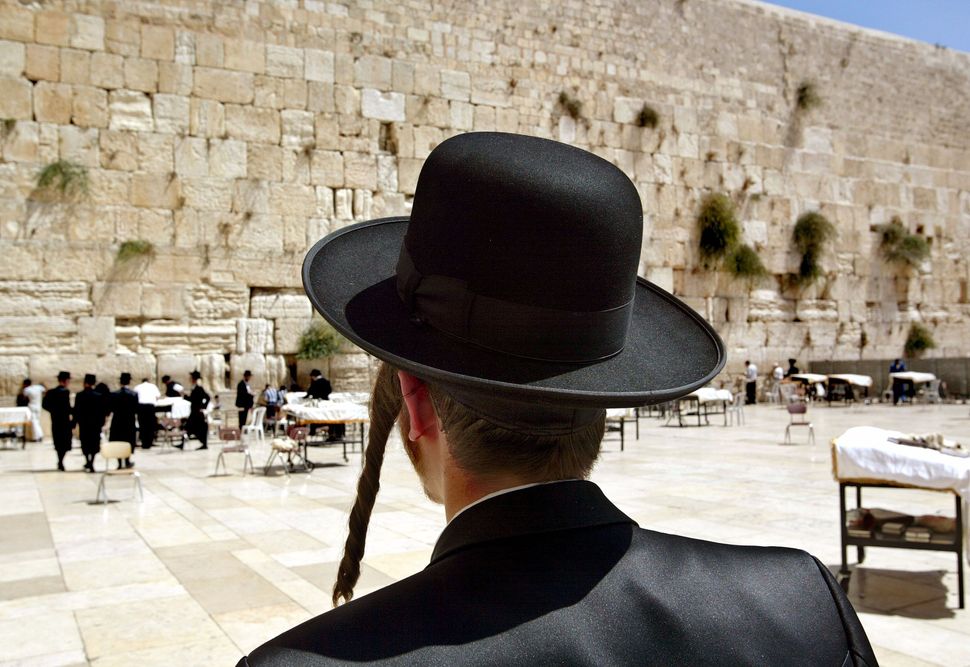 A Haredi man at the Western Wall. Image by Getty

Ultra-Orthodox politicians in Israel reacted with unexpected skepticism toward Donald Trump’s announcement that the U.S. would recognize Jerusalem as the capital of Israel, Arutz Sheva reported.

Though many Haredi politicians have advocated for such recognition, some are now saying now was not the time. They worry that it will force Israel into a peace process as underdogs in the region.

“Trump’s declaration of recognition of Jerusalem as the capital of Israel will cost us dearly and in the diplomatic plan that he will present, it will harm us,” said Deputy Education Minister Meir Porush, of the United Torah Judaism party.

“I welcome the U.S. recognition of Jerusalem. But I would prefer a thousand apartments for young couples in Jerusalem to one building of the American embassy. I pray that the declaration will not cost us the blood of terror attacks,” said Deputy Knesset Speaker MK Yisrael Eichler.