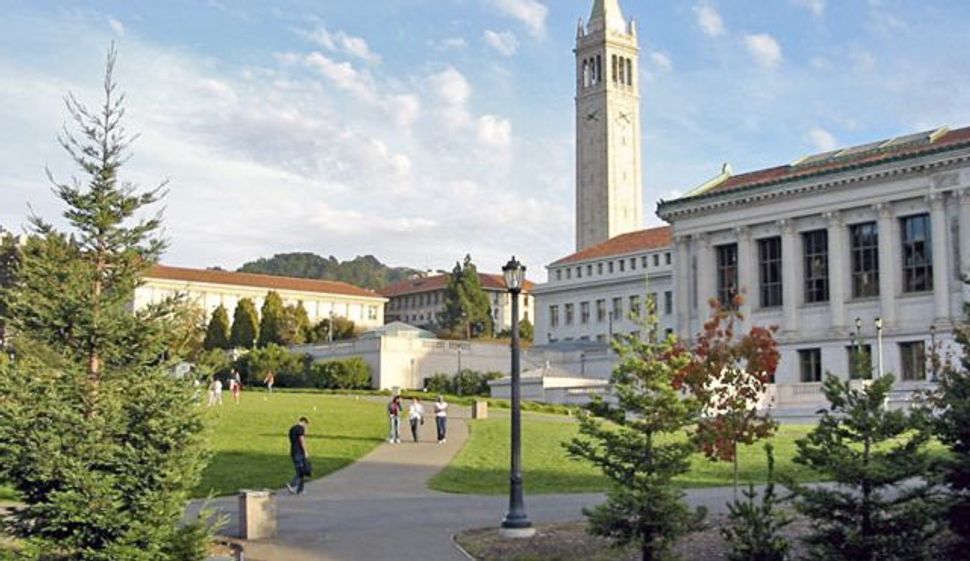 (JTA) — Several University of California, Berkeley Jewish student groups called on the university to take action against a lecturer over several anti-Semitic tweets.

In a letter to the university administration, the groups said Berkeley had not gone far enough in addressing the tweets by Hatem Bazian, a lecturer in the Department of Asian American and Asian Diaspora studies.

“While we fully support academic freedom and free speech, we believe Bazian’s record is severe enough to warrant more than just condemnation,” said the letter. “We also know that there is a precedent for the removal of non-tenured faculty who promote hate on social media and elsewhere.”

Bazian has come under fire for a number of tweets targeting Jews. One tweet that Bazian shared on the social media platform had a picture of a man with sidelocks and a black hat with the message: “Mom, look! I is chosen! I can now kill, rape, smuggle organs and steal the land of Palestinians ‘Yay’ #Ashke-Nazi.”

Bazian apologized for the tweets in a Facebook message, saying “the image is offensive and does not represent my views or the anti-racist work that I do including fighting anti-Semitism in partnership with progressive Jewish groups that express solidarity with Palestine’s rights to self-determination and have a strong track record on countering Islamophobia.”

But Jewish students believe the university should go further.

“While I believe that the university condemning Bazian’s actions is a great first step in combatting this issue, I don’t think enough was done to make sure it does not happen again,” Adah Forer, co-president of Tikvah: Students for Israel, told Fox News.