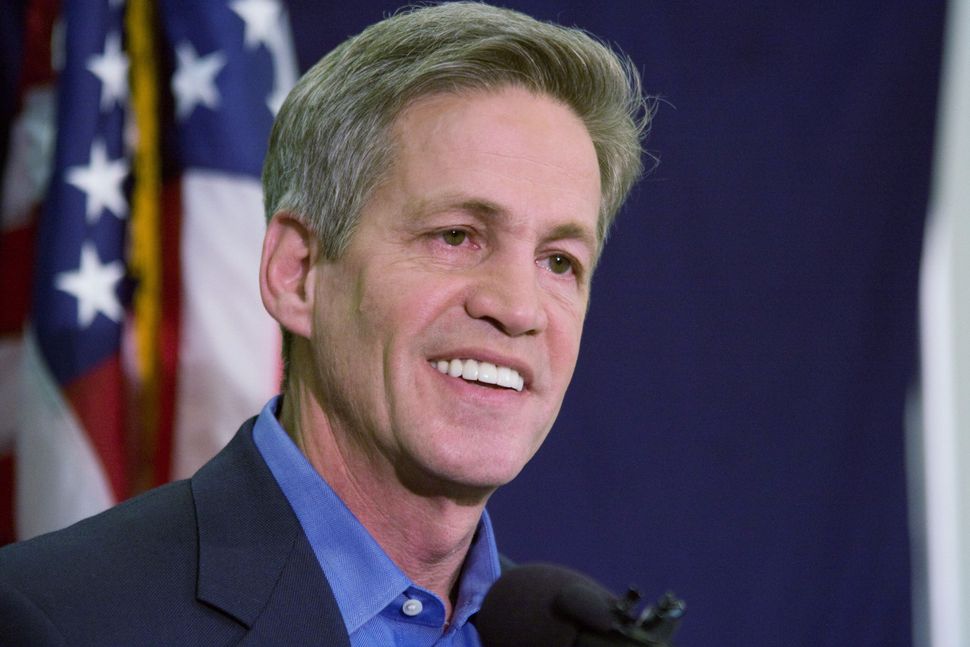 With an open Senate seat looking likely in Minnesota, a familiar face is remerging.

Norm Coleman, the Republican Jewish senator who narrowly lost his seat to Al Franken in 2008, is now being viewed as a potential candidate for running again and reclaiming his old seat upon Franken’s resignation.

Coleman, who now serves as chairman of the Republican Jewish Committee, told reporters Wednesday that he wasn’t ruling out the idea of running again, according to The Hill.

Another possible candidate being mentioned in Republican circles is former governor Tim Pawlenty.

Franken is expected to announce his resignation on Thursday after a series of women accused him of sexual misconduct. According to Minnesota state law, Franken’s resignation would spur a November 2018 race to fill the last two years of Franken’s term, followed by a normal Senate race in 2020.

While Minnesota is seen as a blue state, it only narrowly went Democratic in 2016, with residents voting for Hillary Clinton 46.4% to Donald Trump’s 44.9%.

Coleman, who lost to Franken in a tight race which led to a lengthy recount, has recently argued that had news of Franken’s sexual misconduct floated during the 2008 campaign, it could have tipped the race in Coleman’s favor. “You’ve got to believe that photo is worth more than 312 votes,” Coleman said referring to the margin of votes that cost him his seat.